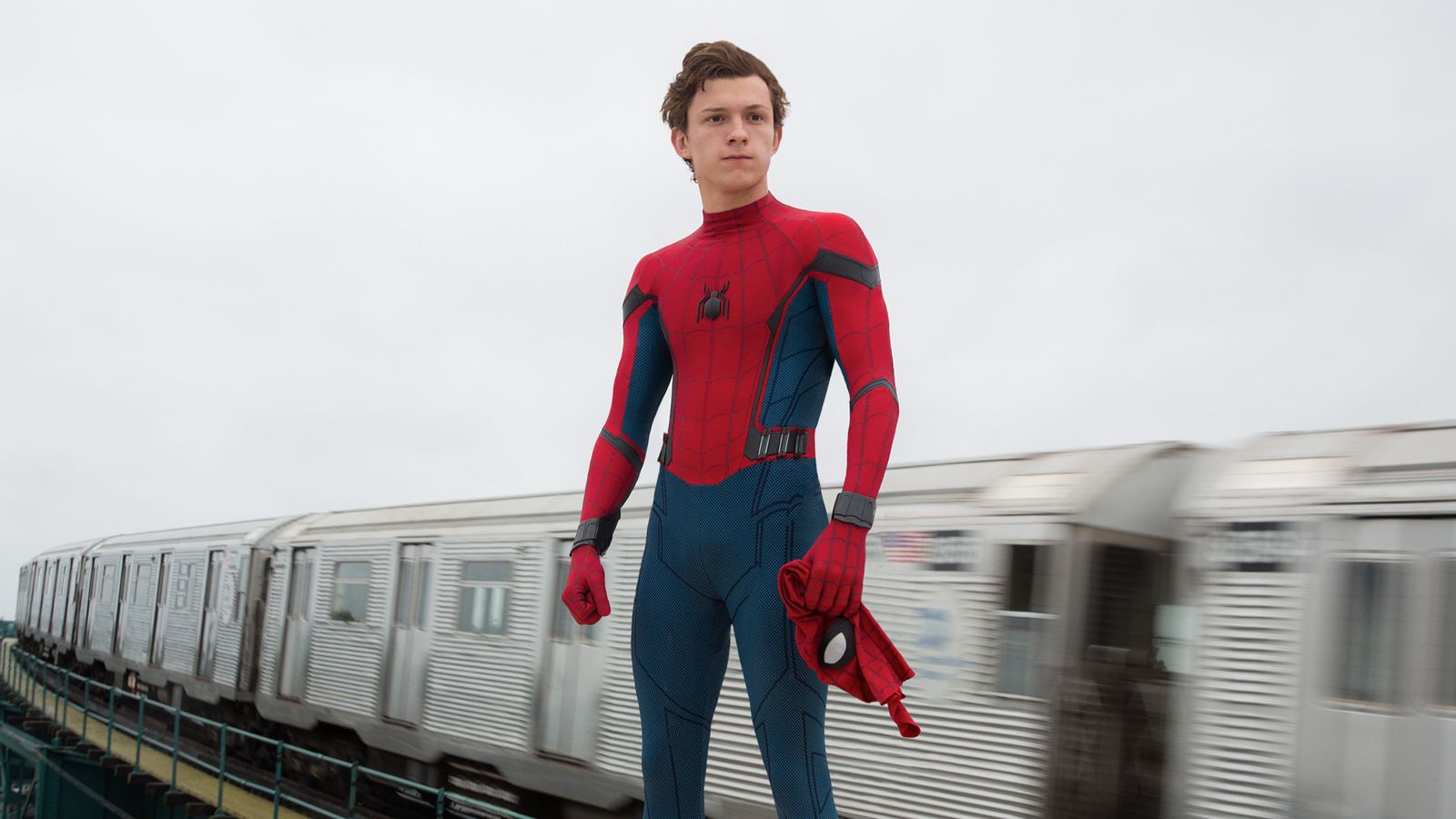 After two years of a hostless Oscars, wouldn’t it be great to see the Academy offering up a superhero to lead the way this year?

Those were the rumours swirling in January, when it was reported that the Academy had asked none other than Spider-Man himself, British star Tom Holland, to front the event after he previously expressed an interest.

Read more: Spider-Man stars speak of relief after one of the biggest film reveals in Hollywood history 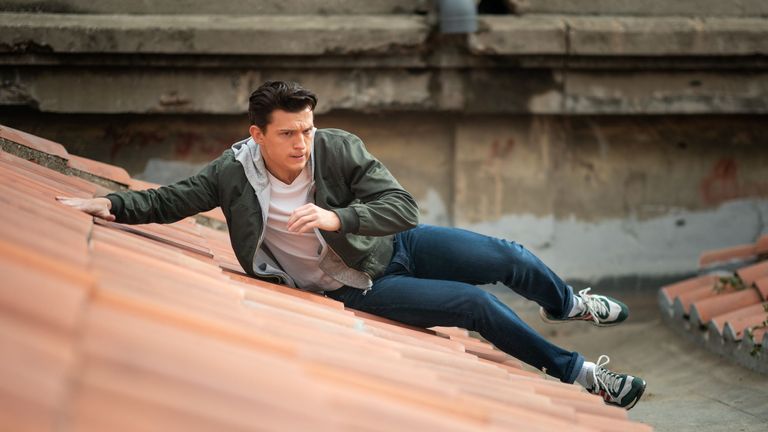 It’s not surprising he’s so busy as Holland is hot property in Hollywood at the moment. His last film, Spider-Man: No Way Home, has been a box office smash, on course to overtake Avatar to become the third highest grossing film ever in the US.

Now he’s back on cinema screens in Uncharted, the origin story of the characters who feature in the video games of the same name, which are loved by millions – including Holland.

However, he’s at pains to point out you don’t need to be a gamer to enjoy the film.

“But the luxury of our film is that we’re telling a story that hasn’t existed in the games – so the fans of the console get a whole new story, and people that haven’t played the games get an origin story, so they can play catch-up without going to watch this film and not having a clue what’s going on.”

Holland plays the young Nathan Drake, who teams up with seasoned fortune hunter Victor “Sully” Sullivan, played by Mark Wahlberg, to try to claim a lost fortune in gold. 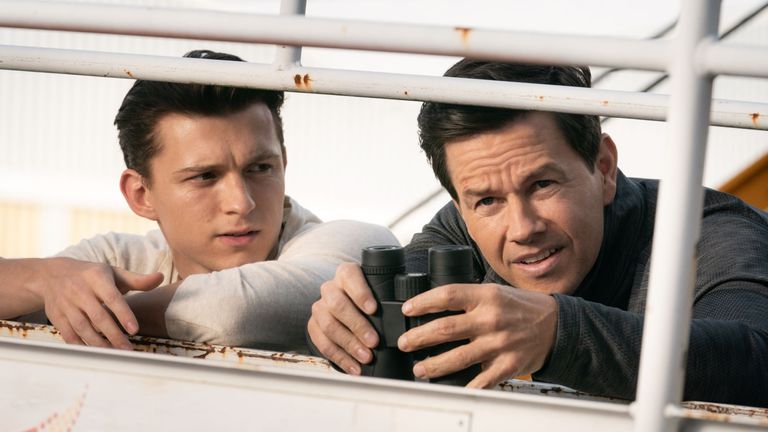 Image: Wahlberg says he embraced being ‘the dad’ to Holland on the Uncharted set. Pic: Sony Pictures

Holland’s role is one that may have once gone to Wahlberg, and the young actor says this is something that wasn’t lost on him.

“I think there was an interesting dynamic between me being the new young guy on the scene, and he was once that young guy on the scene,” he said. “I was perhaps at times pushing buttons every now and then because I’m the young kid and he’s the older guy and we were going head-to-head in a friendly, combative way, I guess.

“It was quite nice to have that kind of big brother/ little brother relationship where, you know, we were very close, but we were also going at each other quite a lot.” 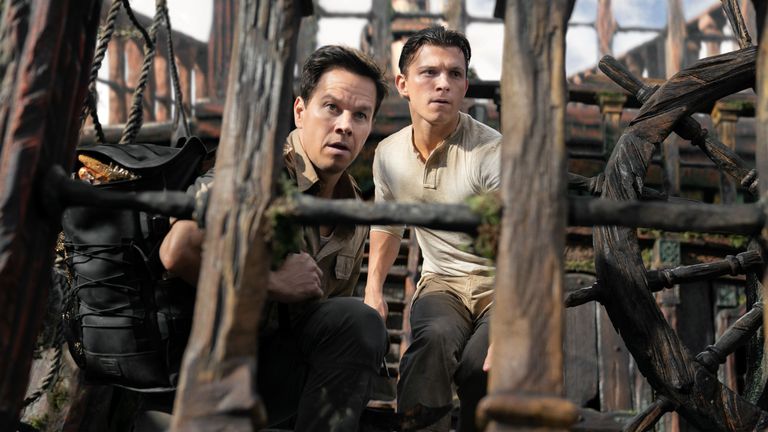 Image: Uncharted is the origin story of the characters who feature in the video games of the same name. Pic: Sony Pictures

Wahlberg echoed that sentiment to Backstage, explaining that it was new territory for him in some ways. “We had a bunch of laughs and we have a lot in common with family and golf and our love for cinema and things of that nature, so we hit it off right away,” he said.

“But it was challenging too, because I’m the youngest of nine so I’m not used to somebody always trying to taunt me and give me crap and compete with me – I’m usually that guy.

“So that took some getting used to, but the great thing about the relationship between Sully and Nate and us [Wahlberg and Holland] is that it has to be earned, you really do have to earn each other’s respect, earn each other’s trust, and that’s not something that comes easily.”

While Wahlberg recognises that he may have once been offered the younger role in this film, he says he’s been happy with the transition to the roles he’s offered now he’s older, and the opportunity to work with younger actors.

“I’ve embraced it. I was that guy and I had wonderful actors – with Denzel [Washington] and Jack Nicholson and Robert Duvall and Jimmy Caan and Dustin Hoffman and Bill Paxton – I mean, the list goes on and on and on for me, and those are guys that I looked up to and I wanted to learn from, and they knew that right away.

Uncharted is out in UK cinemas now. Hear more from Tom Holland and Mark Wahlberg in the latest episode of Backstage, the film and TV podcast from Sky News