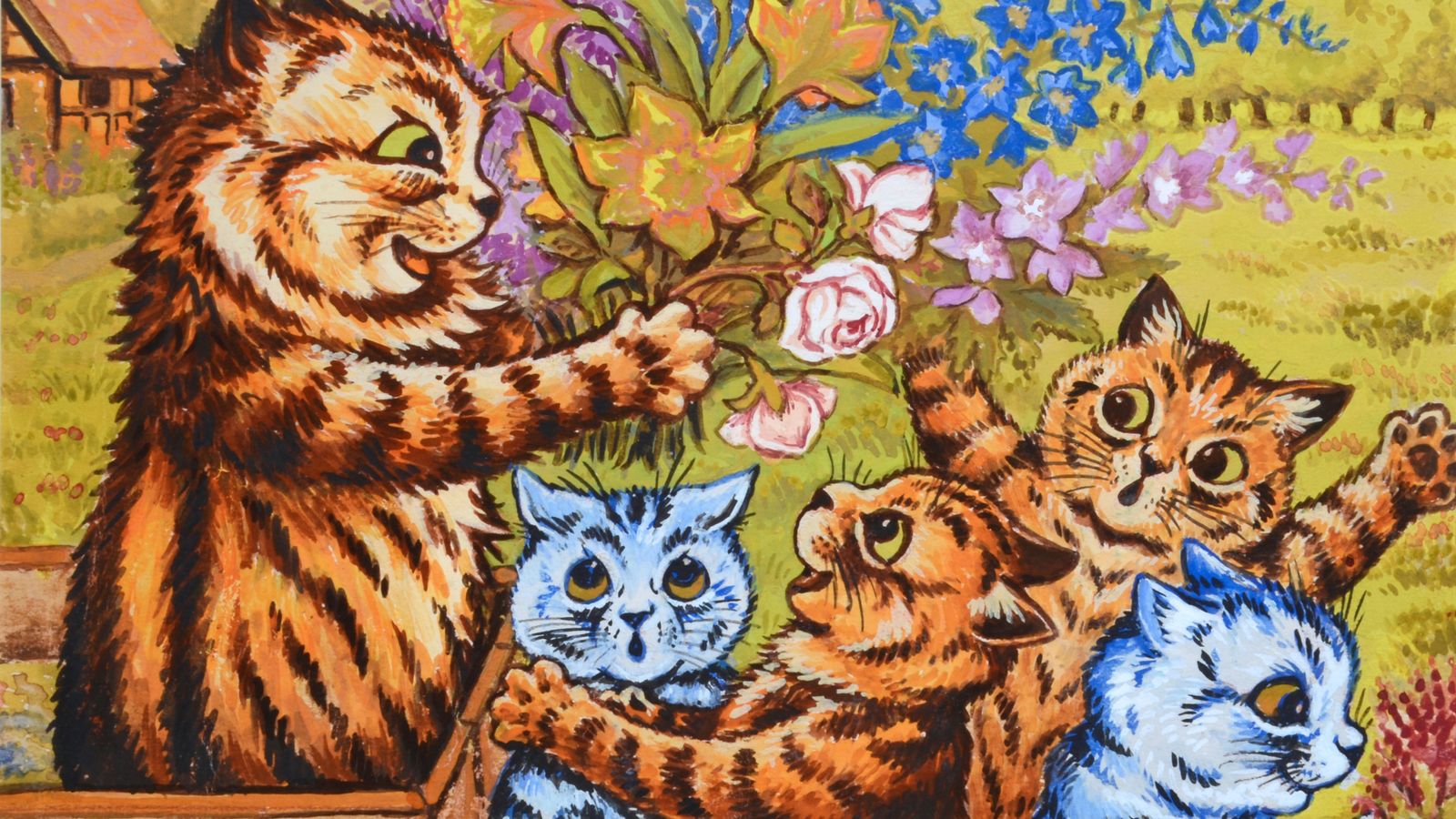 With whimsical illustrations, the artist Louis Wain helped shift societal attitudes towards cats – transforming their reputation from practical mouse-catchers and elevating them to adored pet status.

Once a household name, the artist had been largely forgotten – until now, thanks to new film The Electrical Life Of Louis Wain giving his story the Hollywood treatment.

Gallery owner and Louis Wain biographer Chris Beetles told Sky News it is hard now to imagine the impact the artist had in his lifetime. 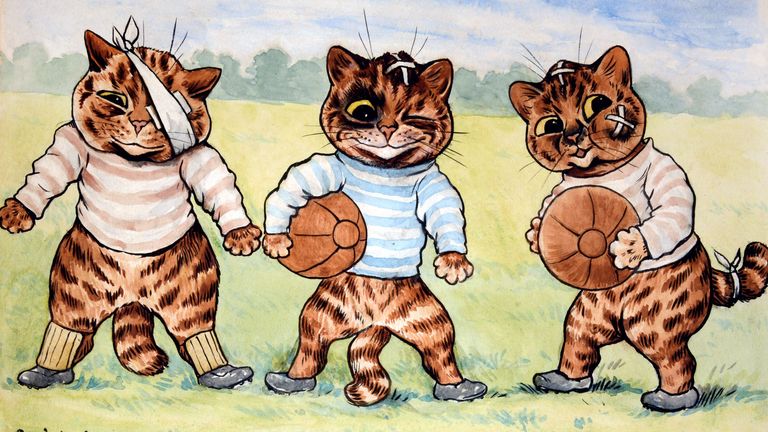 “He was just everywhere in that prolific 40 year period from about 1880 to 1920, when he started slipping into mental illness,” he said.

“It was the new literate classes soaking up every magazine that came out at the time of the new printing processes, and it was an age of leisure. It was also an age in which the cat became pre-eminent from being a mechanism of controlling vermin, it became the little toy thing of the middle-class households.”

Beetles said that while there are various reasons Wain is no longer a household name, it really is common for artists to lose their celebrity status.

“It’s hard to think that in 20, 30, 40 years, people will say, who is Banksy? He’s everywhere at the moment and he’s a folk hero, and he’s taken up by art dealers and collectors worldwide. But 50 years from now, he may well be forgotten – the world moves on.”

The artist, who had a reputation for being eccentric, spent the last part of his life in asylums, and was thought to have had an undiagnosed mental illness. 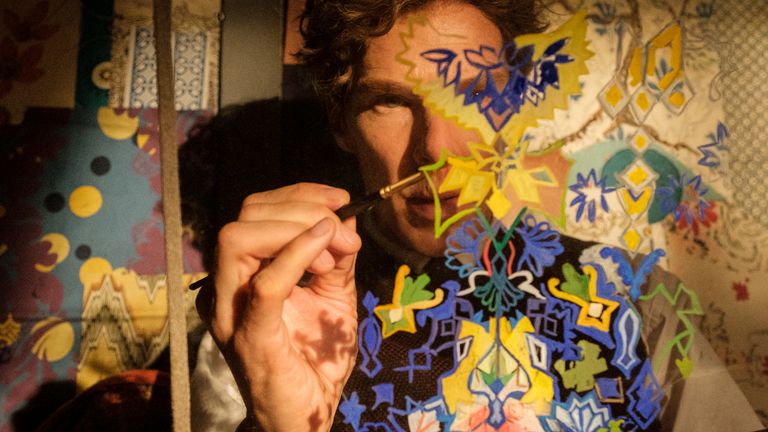 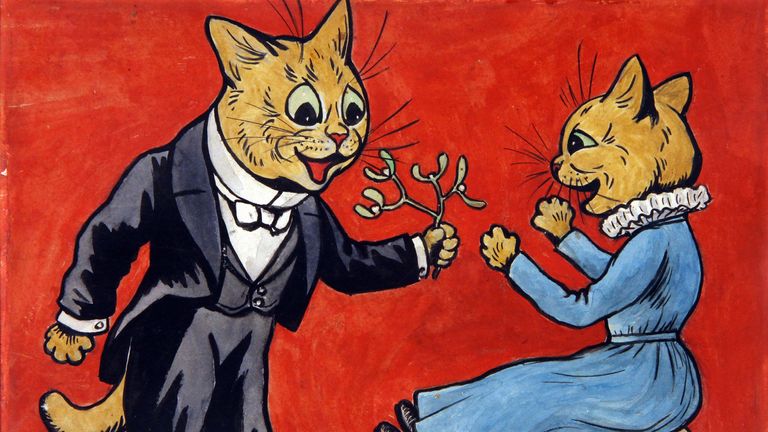 He’s played in the film by Benedict Cumberbatch, who thinks if Wain were around today he would be treated very differently.

“We’re hopefully veering more now into a time of acceptance, so the fact that someone behaves or thinks or sees the world and their place in it differently from what’s seen as normal, whatever that means, I think is sort of supported now – and where it isn’t, it needs to be,” the actor told Sky News.

“I think if he had been around today, they [Wain and his wife Emily] would be a sort of powerhouse couple on the art scene.

“He’d have a spin-off show, he might be maybe great friends with the Perrys of this world – Grayson and Philippa.”

On screen, Wain and his wife Emily are depicted as eccentric, even scandalous. Claire Foy, who plays Emily, thinks we could learn from their approach to life – and love.

“They can completely fall in love with the different aspects of that other person without going ‘that’s weird’, which is what some people so often do now,” she said.

“It’s such a bizarre, modern thing that you meet someone and you go, ‘well, that’s really strange that you think about things like that’, as opposed to leaning in and going, ‘how interesting, let me understand you’.

“And that’s what they do really well and by understanding they love each other, it’s really amazing.”

Unlike the feline subjects of his work, Louis Wain only had one life – but the makers of this film say it’s a life that shouldn’t be forgotten.