The 94th Academy Awards was definitely one for the history books – but it may stay in the minds of many for the wrong reason.

Despite the night seeing the first streaming-only film to win best picture, actor Troy Kotsur become the first deaf man to bag an Oscar and Ariana DeBose become the first openly queer actress of colour to take home an award – this year’s ceremony is likely to be remembered for Will Smith slapping Chris Rock in the face.

Smith, who went on to win the best actor award for his role in King Richard, whacked the comedian after he made a joke about his wife Jada Pinkett Smith’s short haircut.

Pinkett Smith has alopecia and has openly spoken about her experience with hair loss in the past.

0:17 The joke that provoked Will Smith

The moment has been met with mixed reactions online, with one describing it as the “ugliest Oscar moment ever”.

Filmmaker Rob Reiner tweeted his thoughts on the incident and called for Smith to apologise.

“Will Smith owes Chris Rock a huge apology,” he wrote. “There is no excuse for what he did. He’s lucky Chris is not filing assault charges.

Read more:
Oscars 2022 – The full list of Academy Award winners
All the best looks from the red carpet
Seven stand-out moments from this year’s Oscars 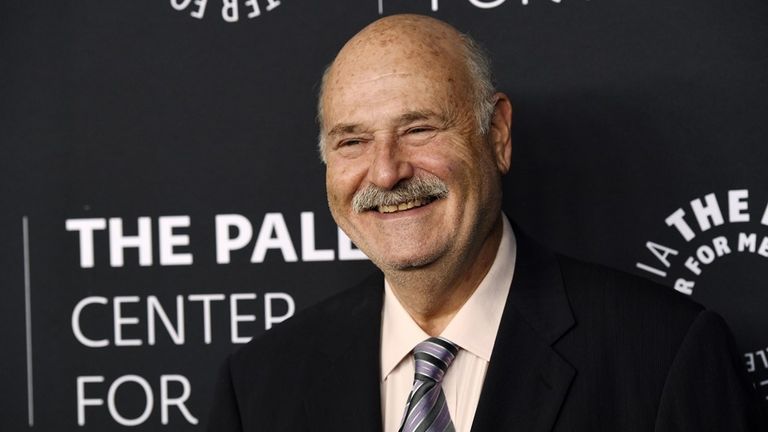 The Good Place actress Jameela Jamil has come to Will Smith’s defence, writing: “A man big enough to absolutely floor him, slapped him softly enough that Chris barely moved because he made fun of his wife’s alopecia on a world stage.”

Will Smith said “Not Today”. A man big enough to absolutely floor him, slapped him softly enough that Chris barely moved, because he made fun of his wife’s alopecia on a world stage. Don’t say #protectBlackwomen for two years and then only condemn Will here. Come on… pic.twitter.com/6aTfKlNynN

Will Smith’s youngest son, Jaden, reacted within minutes of the ceremony ending, simply saying: “And that’s how we do it.”

One Tree Hill actress Sophia Bush condemned the incident, pointing out that both men were wrong. “They both need a breather,” she wrote.

Violence isn’t ok. Assault is never the answer. Also? This is the 2nd time that Chris has made fun of Jada on the #Oscars stage, & tonight he went after her alopecia. Punching down at someone’s auto-immune disease is wrong. Doing so on purpose is cruel. They both need a breather.

American comedian Kathy Griffin raised concerns about “who wants to be the next Will Smith in comedy clubs and theatres”.

Let me tell you something, it’s a very bad practice to walk up on stage and physically assault a Comedian.
Now we all have to worry about who wants to be the next Will Smith in comedy clubs and theaters.

Rosemary’s Baby actress Mia Farrow was quick to jump to Chris Rock’s defence, saying: “It was just a joke.”

It was just a joke. Jokes are what Chris Rock does. Always has been edgy. This was a mild joke for him. And i love GI Jane

While The Academy of Motion Picture Arts and Sciences, which organises the Oscars, didn’t condemn Smith personally, it did say it “does not condone violence of any form”.

The Academy does not condone violence of any form.

Tonight we are delighted to celebrate our 94th Academy Awards winners, who deserve this moment of recognition from their peers and movie lovers around the world.

Queen & Slim actress Jodie Turner-Smith reacted by saying: “I have second hand embarrassment for all involved.”

and as far as *that incident* goes….. i am still processing. i have second hand embarrassment for all involved.

After the ceremony, Kotsur spoke to Sky News about the slap saying: “Whatever happened tonight, whatever situation happened, it was personal right, and it really showed that family should be cherished no matter what the situation is.” 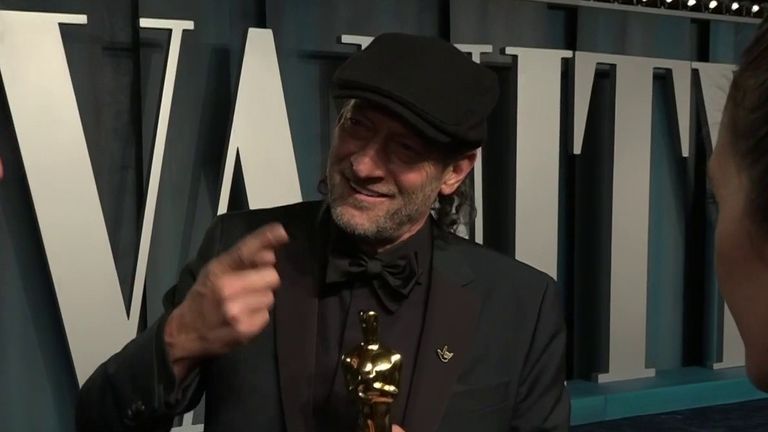 Booker prize author Bernardine Evaristo tweeted: “Only the fifth black man in nearly 100 years to win an Oscar for male lead, and the first in 16 years, resorts to violence instead of utilising the power of words to slay Chris Rock.

“Then he claims God and Love made him do it.

What a strange night. Nobody saw that coming.

Vanity Fair is the party where they all come to hang out with people who are turning up with their gold statues.

We have been trying to stop people to get their reactions and find out what they thought about what happened tonight.

Will Smith, of course, is a hugely popular man in this town. Nobody’s willing to say anything so far, nobody’s wanted to comment.

Kevin Costner said he was backstage at the time.

We are getting that a lot, a lot of people backstage who didn’t see it and don’t want to comment on it.

So it’s one of those things, it was just a strange strange moment.

When we watched it, at first we were thinking is this some staged choreographed moment.

It just didn’t seem like something Will Smith, Hollywood nice man, would end up doing.

In his defence, should we be taking into account the fact that he has been under a terrific amount of pressure this awards season?

The focus has been entirely on him throughout this and this was his moment.

Thirty years within the industry, he’s pretty much ruined his night. It’s all anyone is going to be talking about now.

However, the negative feedback didn’t seem to stop Smith from enjoying his Oscar win.

He turned up to the Vanity Fair afterparty smiling alongside Pinkett Smith and their children – Trey, Jaden, and Willow.

Multiple videos have surfaced on social media, showing him dancing to his songs Gettin’ Jiggy Wit’ It and Summertime with his Academy Award in hand at the party.