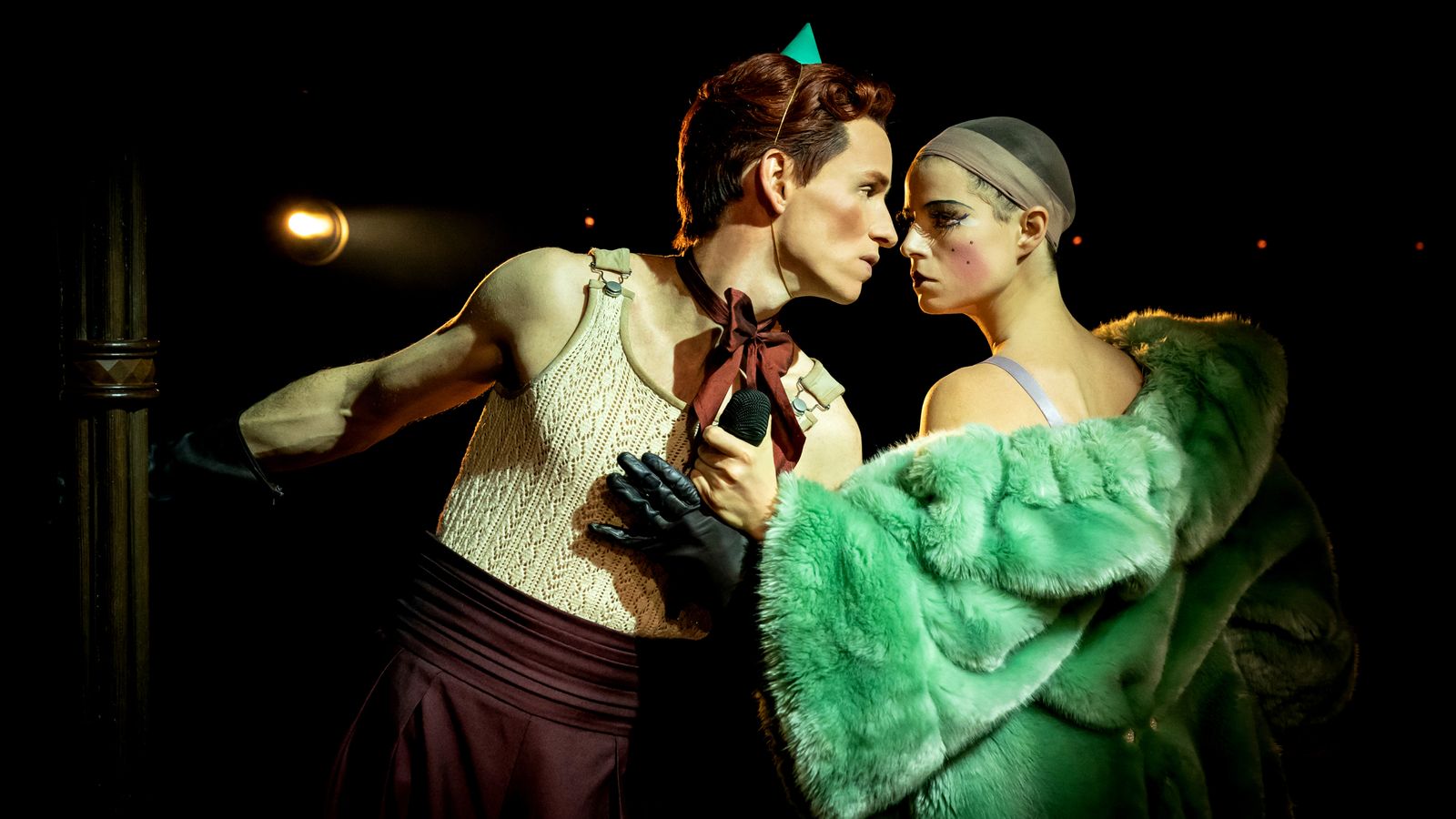 Cabaret star Eddie Redmayne said starring in the musical’s West End revival was “the dream performing experience” on the night the show took home the most awards at the prestigious Olivier Awards.

Speaking before the ceremony, he said: “For us it was kind of the dream performing experience because you could see the faces of every audience member and after all those couple of year being locked away it felt like theatre in its most connected, most present form.”

The critically acclaimed revival of the 1966 musical won seven of the eleven categories it was nominated in, including Best Musical Revival and acting awards for both Redmayne who plays the Emcee and his co-star Jessie Buckley who plays Sally Bowles. Image: Eddie Redmayne won best actor in a musical at the Olivier Awards 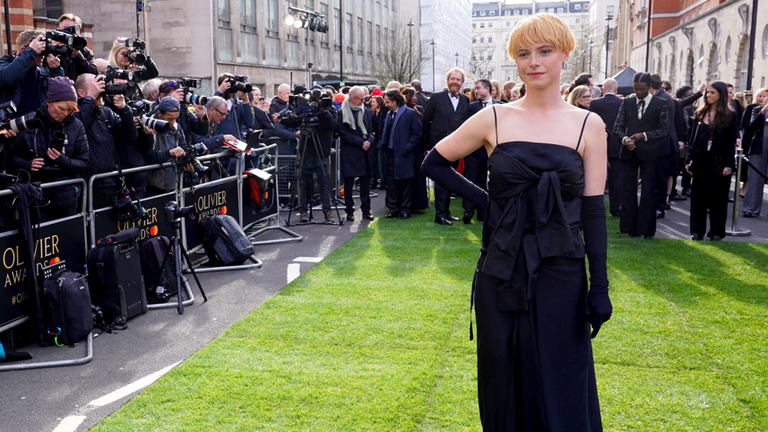 Continuing its domination, Cabaret also produced the winners of both supporting actor and actress in a musical, Elliot Levey and Liza Sadovy.

Elsewhere, Lolita Chakrabarti’s stage adaptation of the bestselling novel Life Of Pi won five awards, with Hiran Abeysekera taking home best actor in a play, and – in an historic first for the Olivier Awards – the seven performers who play the puppet tiger were collectively awarded best actor in a supporting role in a play.

Theatre’s post-pandemic recovery has been helped in no small part by the star power the West End has managed to pull in since the reopening last May, such as singer Lily Allen. A nominee for best actress in a play, she made her theatre debut in 2:22: A Ghost Story,a show about to head into its third West End run.

Speaking before the ceremony, Allen told Sky News the experience made her “feel like even more of an imposter than I did in the music world” but she said she was happy if having her name attached to the show helped boost ticket sales.

“The theatre world was on its knees and everyone was so scared because, you know, if somebody contracted [Covid] the whole [production] would fall apart and you could really feel it palpably within all the people that I was working with. So it was great to be able to pull some ticket sales through.” Image: David Harbour and Lily Allen, who told Sky News she was proud to help her show pull in ticket sales post-pandemic

In a year of nostalgia-heavy musical pleasers, Back to the Future took home Best New Musical, winning over the theatre staging of the film Frozen and jukebox musical The Drifters Girl.

Singer Beverley Knight, who stars in the latter, said that given the industry had experienced some of the most challenging years in British theatre’s history it is now finally feeling like “theatre is back”.

“We as performers are testing ourselves constantly… we’re still being as cautious as humanly possible without taking away from the enjoyment of the audience… you know, the NHS is the heart of the nation, we’re the soul, no two ways about it.” It wasn’t just about awards though – the Royal Albert Hall was brought to life by performances from all the nominated musicals, with numbers from the likes of Disney’s Frozen, Spring Awakening and Moulin Rouge! The Musical.

There was also a tribute to the much-loved composer Stephen Sondheim, whose work included West Side Story, Into The Woods and Company, who died in November aged 91, with the swings and understudies of the nominated shows performing alongside a choir from the drama school ArtsEd.