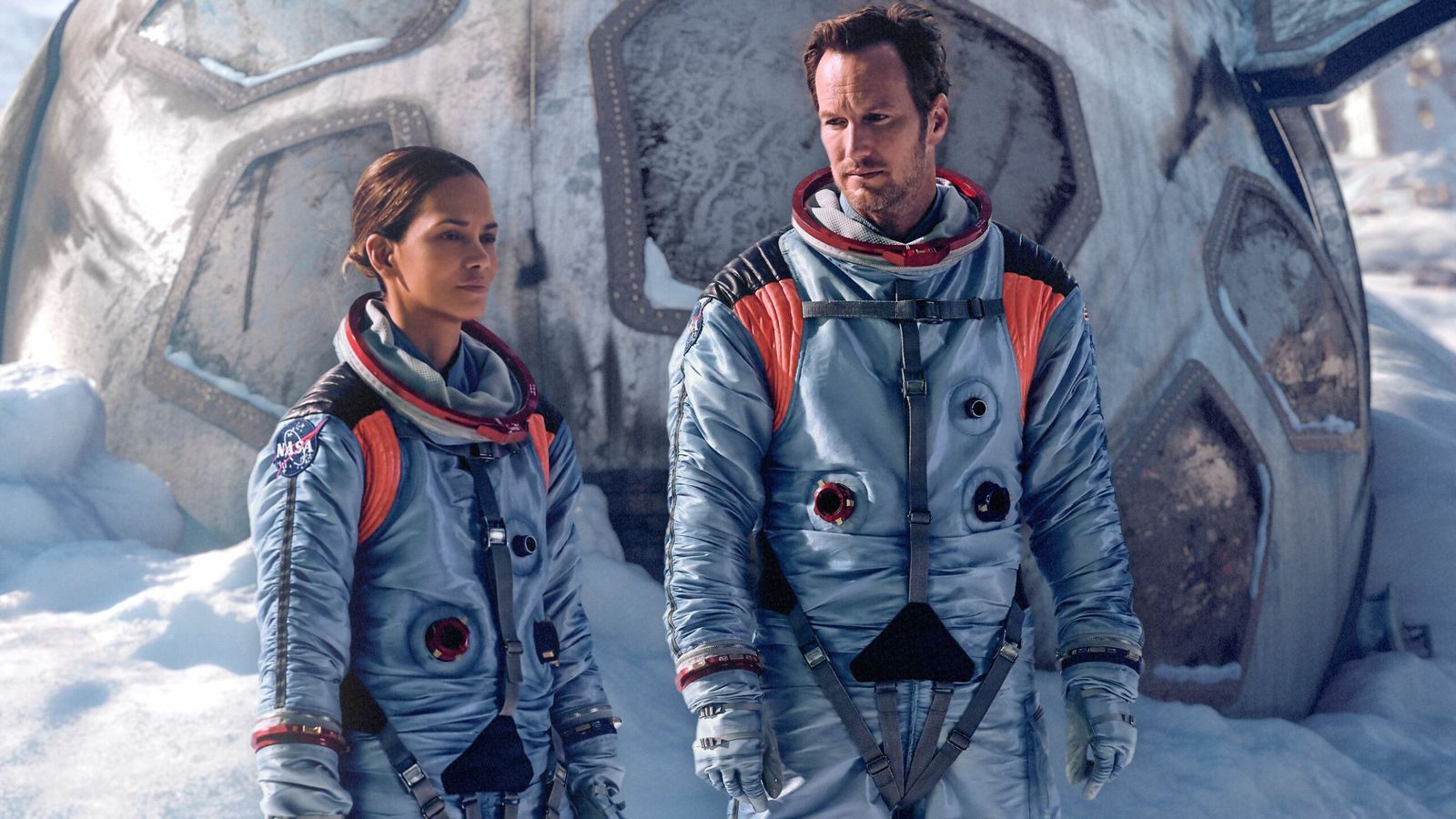 *** This story contains spoilers for Moonfall ***

Legendary disaster film director Roland Emmerich says he took a “deep dive” into the maddest moon conspiracy theories to come up with the plot of his new film, Moonfall.

Speaking to Sky News, he said: “I [initially] read the book, ‘Who Built The Moon’, which inspired this whole film but I later chose a different theory why the moon is there and I had to take a deep dive into the conspiracy of it…” 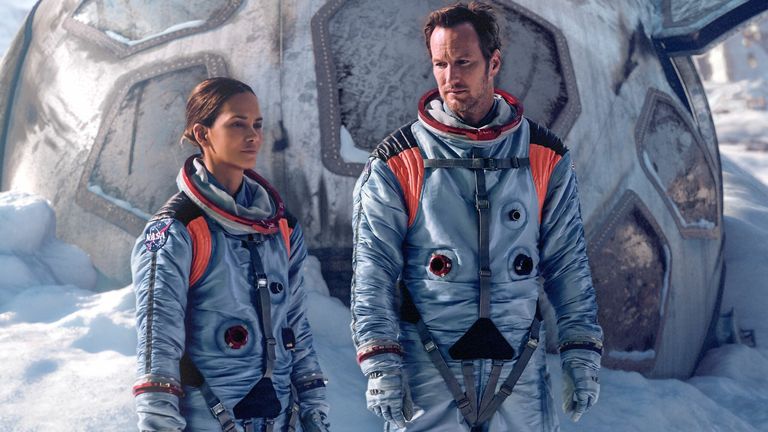 The filmmaker, who brought us Independence Day and The Day After Tomorrow, has made a career out of coming up with inventive new ways of putting everyone on the planet in peril.

His latest action offering, starring Halle Berry as former NASAastronaut Jo Fowler, sees the moon knocked off orbit by a mysterious force, hurtling towards Earth and, in the ultimate plot twist – spoiler alert – we learn it isn’t the natural satellite we all thought it was. 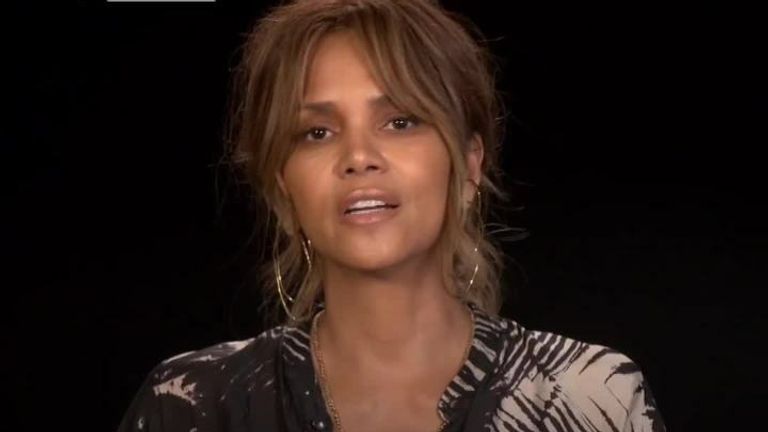 “I always said to myself the science has to ground with this thing because it’s crazy, so crazy, that we have to work really hard on that,” Emmerich said.

On screen, films such as Moonfall might provide some much-needed escapism but in reality, the murky world of conspiracy theories and internet misinformation is another matter altogether. Online, outlandish claims are now able to spread further than ever before.

But NASA has been trolled ever since man set foot on the moon, fuelled by films such as 1978’s Capricorn One – one of the first space movies to sow the seeds of government hoaxes. 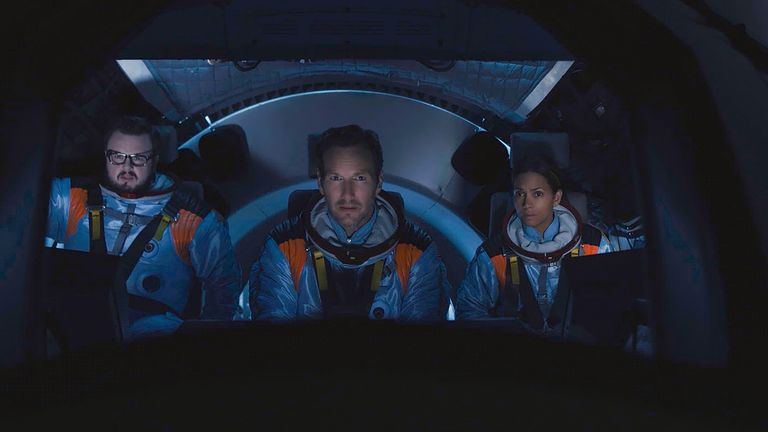 Image: Game Of Thrones star John Bradley appears in the film alongside Wilson and Berry

In 2016, Stanley Kubrick’s daughter debunked internet legend by issuing a statement to clarify that, while her father might have directed 2001: A Space Odyssey, he did not stage the moon landing. It was an attempt to shut down decades-old conspiracy theories that he’d helped pull-off the ultimate fake.

According to former NASA chief historian Roger Launius, “people love to poke fun” at the biggest event in the Space Agency’s history.

“It doesn’t surprise me that people would question, troll if you like, the moon landing. The internet has made it possible for lots of things to be proliferated, no question, and the moon hoax conspiracy theories are a part of that process.” 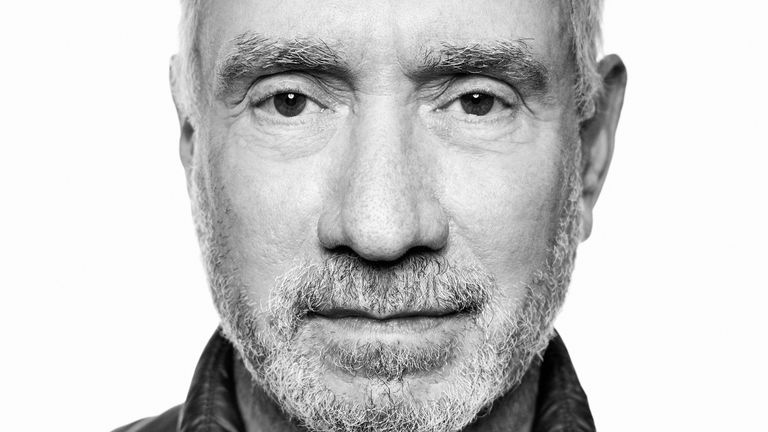 So why – in the face on an extraordinary amount of evidence – are some people so determined not to believe?

Dr Daniel Jolley, an assistant professor in social psychology at the University of Nottingham, has studied conspiracy theories and believes there is a potential conspiracy theorist in all of us. He says personality and environment certainly both come into play.

“It’s when we feel uncertain, when we feel perilous, that can draw us to conspiracy theorising. Blaming problems of the world on a secret powerful group can arguably make us feel a little bit better… but of course it then increases our mistrust because you then believe there are powerful people out to get you, so while you’re trying to understand this one complex event it actually then gets you to believe other conspiracy theories.”

Speaking to Sky News, she said: “I don’t think anybody’s beliefs are strange. I’m always open to what others think and what their points of view are.”

Moonfall is out in cinemas now