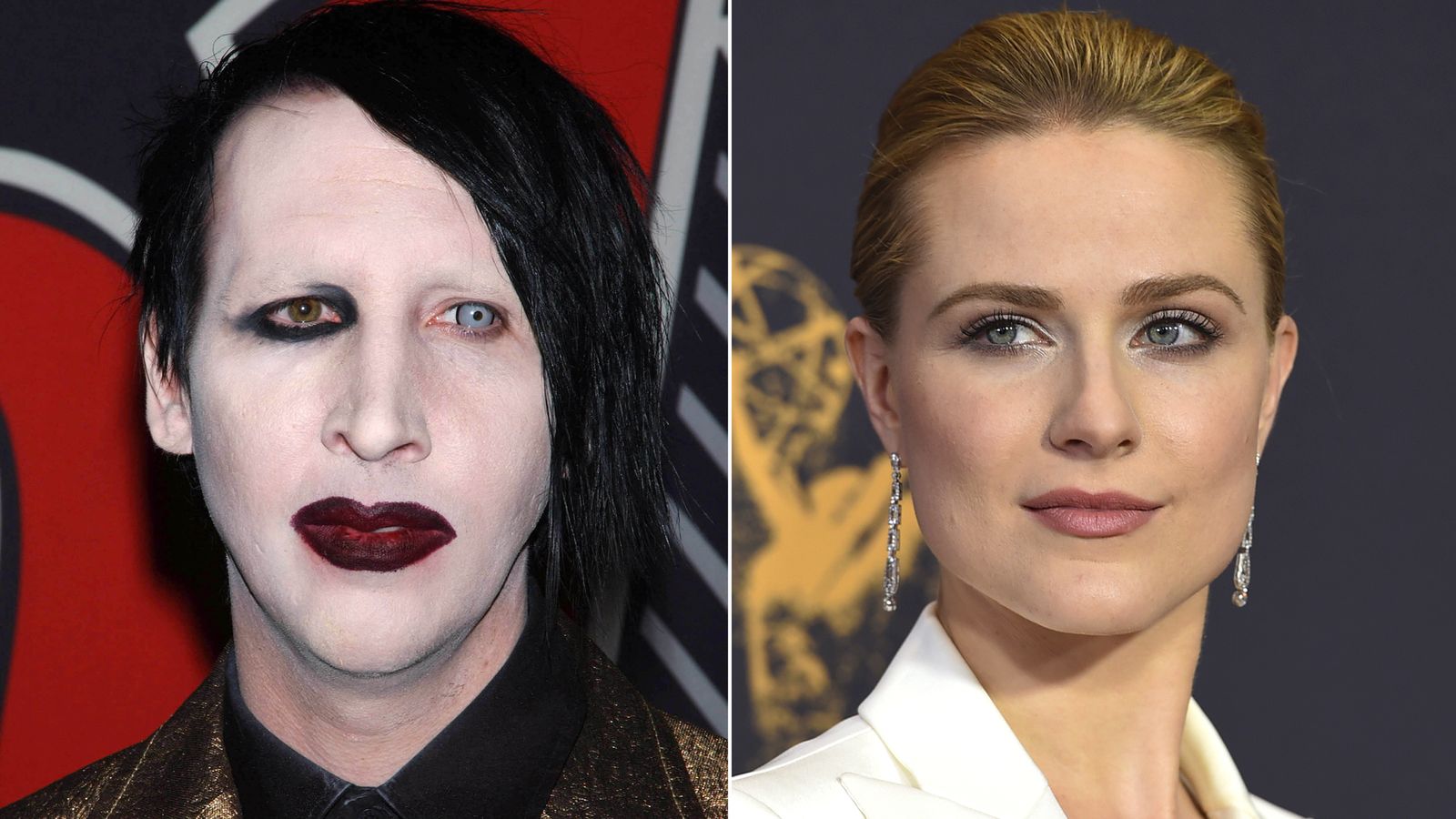 Marilyn Manson is suing his former fiancee Evan Rachel Wood for defamation, saying she has cast him as a “rapist and abuser”.

The Westworld actress claims the musician – whose real name is Brian Warner – sexually and physically abused her during their relationship.

Manson, 53, has denied the allegations and has now filed a lawsuit against Wood and artist Illma Gore, saying their claims have “derailed” his successful career. 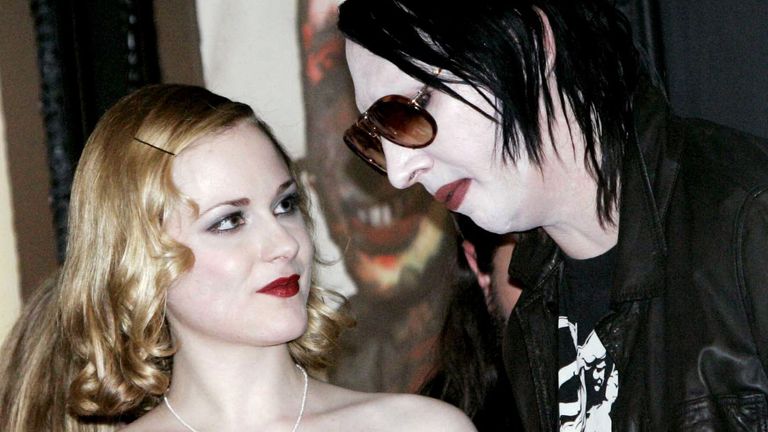 Image: Wood and Manson started dating in 2007, breaking up in 2010. Pic: Sipa/Shutterstock

The rocker shared a copy of the 28-page lawsuit, which was filed in Los Angeles Superior Court on Wednesday, along with a cryptic message.

He wrote on Twitter: “There will come a time when I can share more about the events of the past year. Until then, I’m going to let the facts speak for themselves.”

It was the first time he had tweeted since Christmas Day 2020.

There will come a time when I can share more about the events of the past year. Until then, I’m going to let the facts speak for themselves: https://t.co/WmQqhZcPPB

The lawsuit claims defamation and intentional infliction of emotional distress, as well as accusing Wood and Gore of forging a letter from a real FBI agent, and allegedly hacking his phone and several computer accounts to impersonate him online.

However, they called off the relationship just seven months later.

The actress has previously spoken out about being in an abusive relationship, but never named the alleged perpetrator publicly before.

Then in February 2021 in an Instagram post, Wood named Manson, saying he “horrifically abused me for years”.

The rocker was subsequently dropped by his record label, as well as numerous TV projects. Other women came forward with further claims, and police began an investigation.

Labelling Gore a “grifter”, it says she is Wood’s on-again, off-again romantic partner.

It also provides checklists and scripts which Manson alleges were used by the women in a conspiracy to “recruit” and coach other prospective accusers, sharing them in an appendix at the end of the document.

Manson’s attorney, Howard King, said in a statement: “This detailed complaint has been filed to stop a campaign of malicious and unjustified attacks on Brian Warner.” 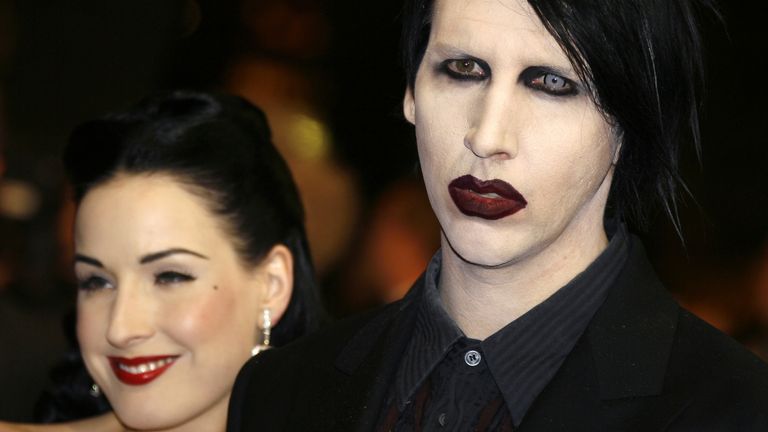 Image: Manson, pictured with Dita Von Teese, denies all claims against him

Manson has dated a string of high-profile women in the past, and was previously engaged to actress and activist Rose McGowan for two years and married to performance artist Dita Von Teesefor one year.

Game Of Thrones star Esme Bianco and Manson’s former assistant Ashley Walters have both previously sued Manson based on their own sexual abuse allegations.

An HBO documentary about Wood’s allegations against Manson, titled Phoenix Rising, will premiere in the US on 15 March.

Wood and Gore have not yet filed a response to the lawsuit, and Wood has not taken legal action against Manson for her claims.

Sky News has contacted representatives for Wood and Manson for comment.