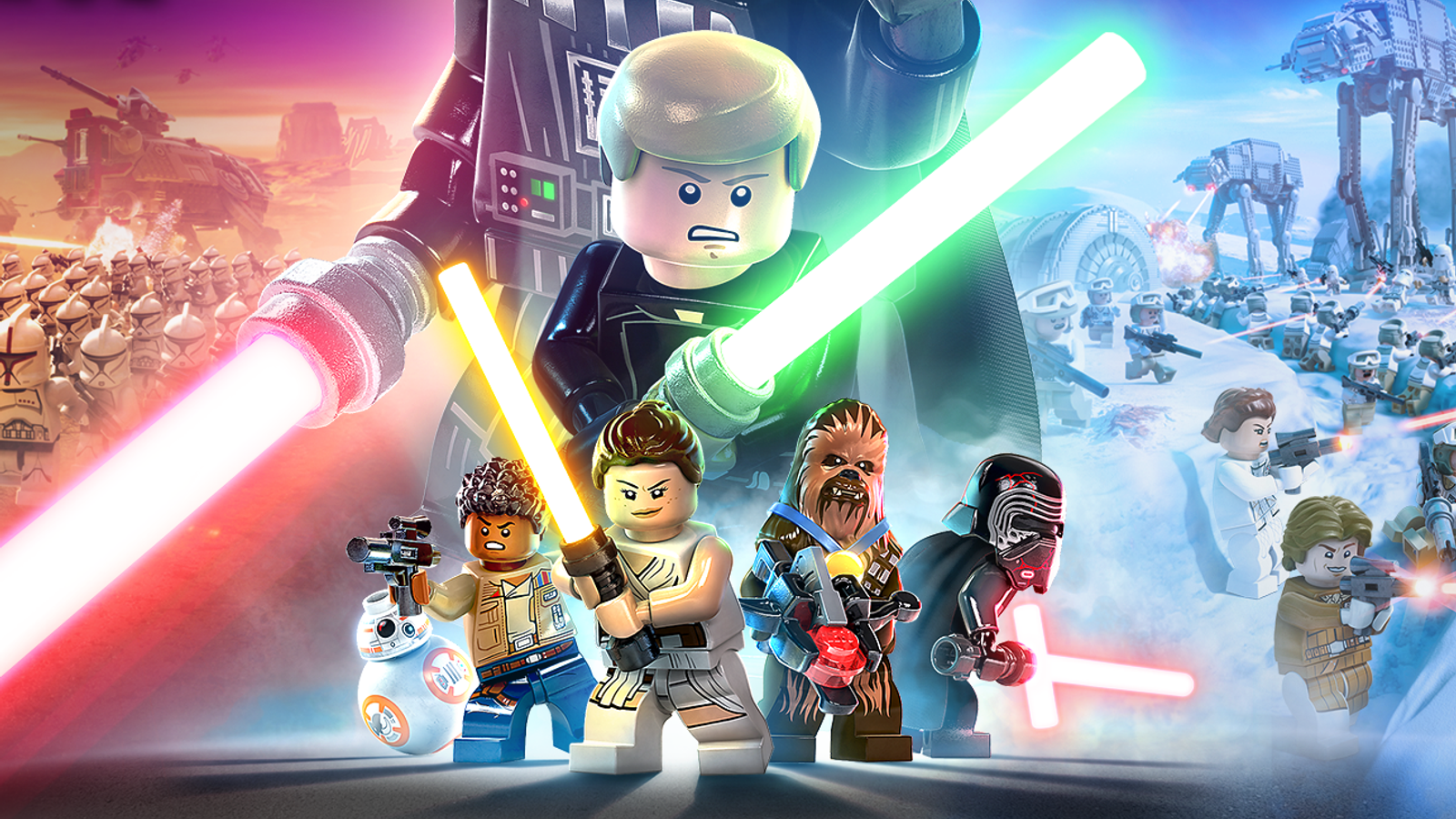 Star Wars stars Anthony Daniels and Billy Dee Williams have returned to the franchise that made them famous, transitioning from the silver screen to video games by voicing their characters in LEGO Star Wars: The Skywalker Saga (TSS).

The new game, released on Tuesday, is the first outing for the LEGO Star Wars series in six years – and sees UK developer TT Games encompass all nine core films.

Since the original game, which only spanned the prequel films, released in 2005, the series has sold more than 50 million copies, spanning five entries in total.

TSS is the most ambitious instalment to date, and the stars were more than happy to reprise their roles. 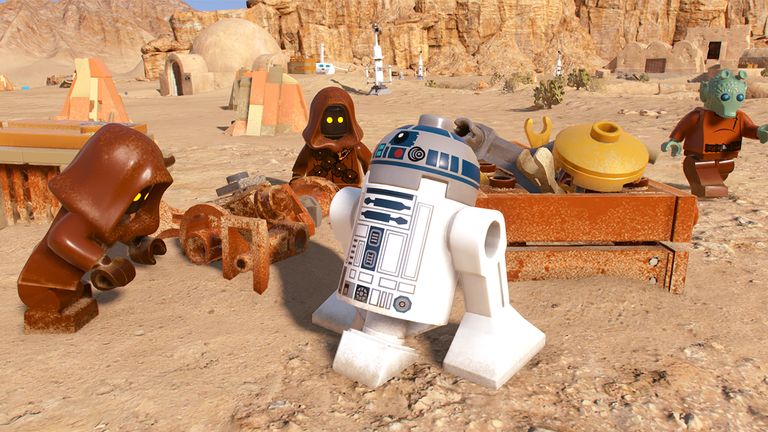 Image: R2-D2 is one of hundreds of playable characters in the game. Pic: Warner Bros. Interactive Entertainment

‘Antony Daniels loves it – all his lines are from the heart’

Senior producer James Burgon told Sky News that Daniels was extremely enthusiastic about jumping back into 3PO’s shiny shoes, and often gave directions on how the character would speak or behave.

“He loves it, I don’t think anyone has as much joy playing the same character again and again,” he said.

“So, to have that insight from Anthony Daniels who’s played it for decades is just an amazing level of detail – all the C3PO lines are from the heart.”

Unlike the first few LEGO Star Wars games, TSS is fully voiced and also draws on actors from beyond the films.

James Arnold Taylor, who voiced Obi-Wan Kenobi in the animated Clone Wars TV series, and Being Human star, Sam Witwer, the voice of Darth Maul and Emperor Palpatine, are also reprising their roles. 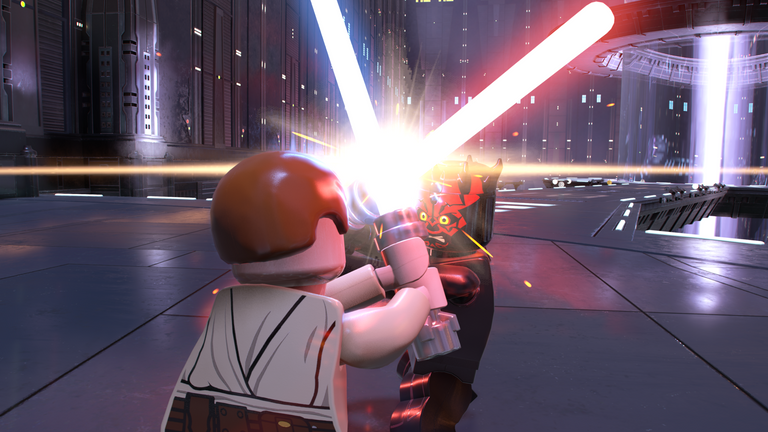 Originally slated for a 2020 completion date, TT Games developed the game over several years, but postponed the release several times.

Some on the team have since reported working close to 100-hour weeks to get the project finished, adding to concern in the gaming industry in recent years about so-called crunch culture.

The game diverges from previous chapters by offering a completely open-world experience, allowing the player to traverse the galaxy far, far away at their own pace.

The free-play feature also makes a return to the series, allowing the player to replay levels with whichever characters they wish. More heroes will be added in coming weeks, including those from hit Disney+ show The Mandalorian. 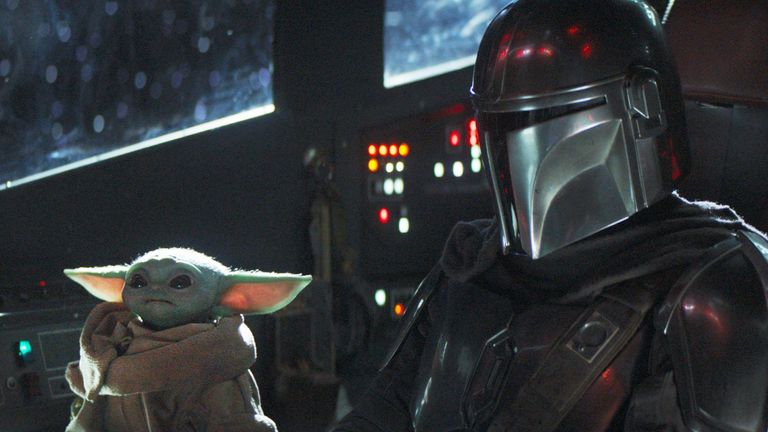 Image: Characters from Disney+’s The Mandalorian will make an appearance. Pic: Disney+

‘Everything was vetted down to the map of the galaxy’

Burgon says that senior Star Wars executives such as Kathleen Kennedy and Jon Favreau consulted on story content and were pleased with the accurate depiction of the galaxy.

“Anything to do with story is very important to LucasFilm,” he said, referring to the production company set up by George Lucas in 1971, and now a subsidiary of Disney.

“So a lot of eyes at LucasFilm did see this game and were all chuffed with it.

“Everything was vetted down to the map of the galaxy. It definitely went for review. There were a few discussions about certain planets in certain places.”

This makes the galactic map of planets in the game the very first in the franchise’s history to be rubber-stamped by LucasFilm itself.

The iconic original John Williams soundtrack also features, along with sound effects and other assets LucasFilm made available to the developers.

However, all the lines of dialogue have been re-recorded for purposes of sound quality.

TSS benefits from improved graphics available on PS5 and Xbox Series X, giving the game a much slicker feel than previous versions.

The combat has also been overhauled, following criticisms it had previously been too simplistic. For example, players can now target enemies more precisely, and combination attacks add a new level of skill to the game.

TSS already has a Metacritic score of 85%, showing it’s been well received by critics. However, some new gameplay features – such as its upgrade and cover systems – have been described as superfluous.

LEGO Star Wars: The Skywalker Saga is out now.