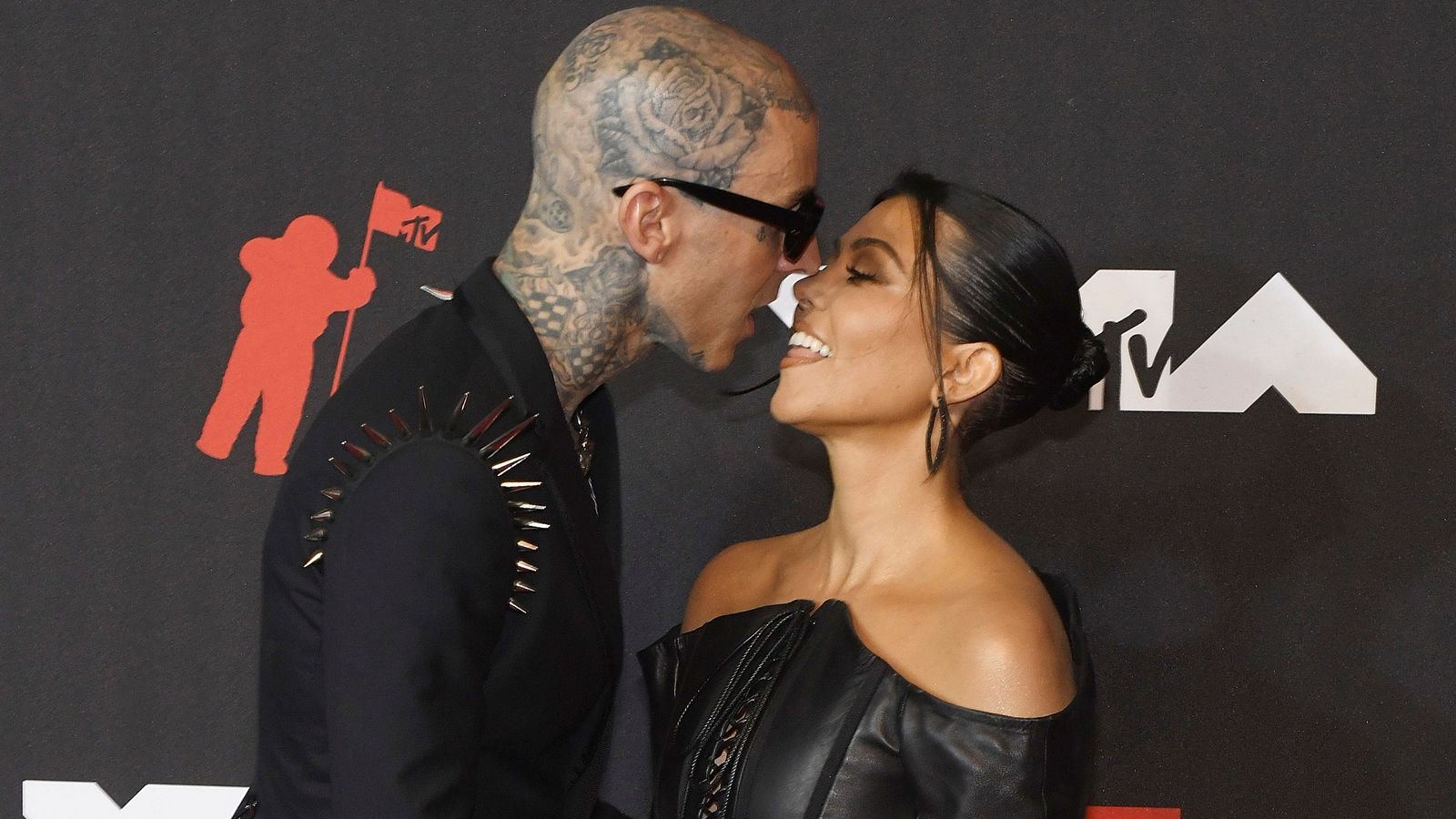 The Keeping Up With the Kardashians star, 42, reportedly married the Blink-182 rocker, 46, following the Grammys, where the drummer performed.

TMZ reported that Kardashian and Barker walked into a wedding chapel around 1.30am on Monday, and that the wedding was officiated by an Elvis impersonator.

It added that the couple prohibited the venue from taking photos, instead opting to bring their own photographer.

Sources connected to the couple told TMZ that the couple had a marriage licence and presented it to the chapel’s owner, who was also a witness.

However, Page Six reports that the pair aren’t legally married, as they claim they did not get a marriage licence.

The pair, dubbed “Kravis”, got engaged in October after Barker proposed on a beach with a display of red roses in California.

The couple announced the news on Instagram, sharing photos of the eldest Kardashian sibling wearing a diamond ring and kissing her new fiance, captioned “forever”.

Kardashian and Barker have been public about their relationship on social media, and frequently post pictures together on Instagram.

The couple sparked rumours they were in a relationship at the beginning of 2021, confirming their romance around Valentine’s Day.

At the Grammys, where Barker performed with Lenny Kravitz and H.E.R, the couple wore matching all-black outfits.

The reality star and businesswoman, has three children with her ex-partner, Scott Disick.

Barker, an acclaimed drummer and music producer, is a father of two who has been married twice before, including to former Miss USA Shanna Moakler.