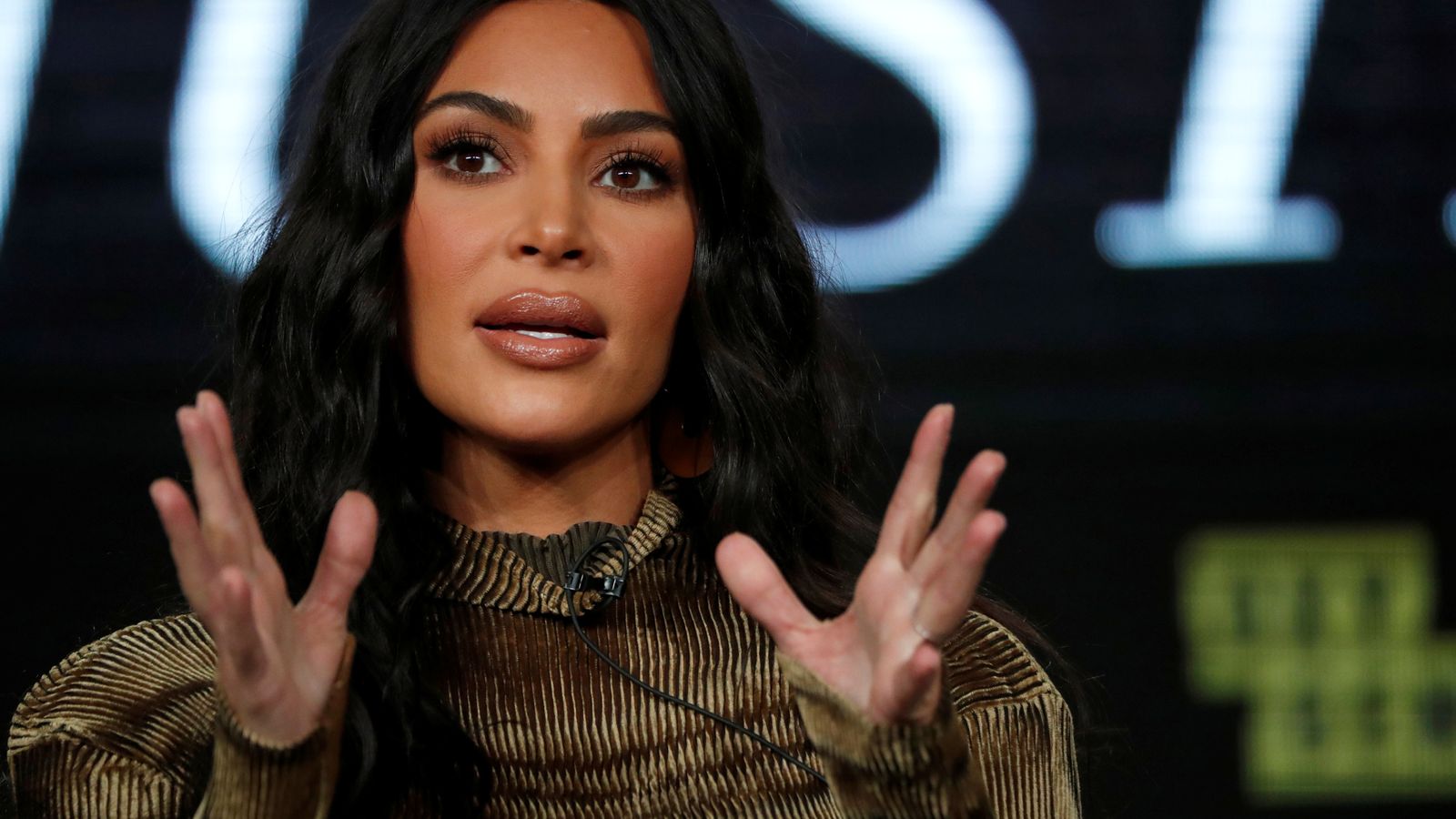 Kim Kardashian has broken the internet once again – this time for offering advice to “women in business” and saying: “It seems like nobody wants to work these days.”

The billionaire reality star and businesswoman made the comments in an interview with Variety ahead of the release of her family’s new show, The Kardashians.

“I have the best advice for women in business,” Kardashian says in a clip that went viral on social media. “Get your f****** ass up and work. It seems like nobody wants to work these days.” Image: Kardashian pictured hosting Saturday Night Live in 2021. She is now in a relationship with one of the show’s comedians, Pete Davidson. Pic: Sky UK/NBC

Many on social media were quick to point out that growing up in a wealthy family in Los Angeles has its advantages when it comes to being able to find work, describing the star’s comments as “tone deaf”.

“I wish I was born rich so I could be self-made,” one Twitter user commented. “I love when people who were born to obscenely rich, highly networked and well connected parents pontificate about importance of work,” said another.

“You were a literal product of an already established elite lifestyle. Girl SHUT UP and leave us working class people alone!” another user commented.

On Instagram, actress and activist Jameela Jamil shared an image of the clip, and posted: “They are a super impressive family of businesswomen and are products of a ridiculously good start and a genius manager in their mother as well as their own hard work and personal sacrifices.”

She added: “They shouldn’t be asked about their secret to success. They shouldn’t answer those questions. It’s all obvious to everyone, and I hope nobody holds themselves to the standards of people who were raised by millionaires.” 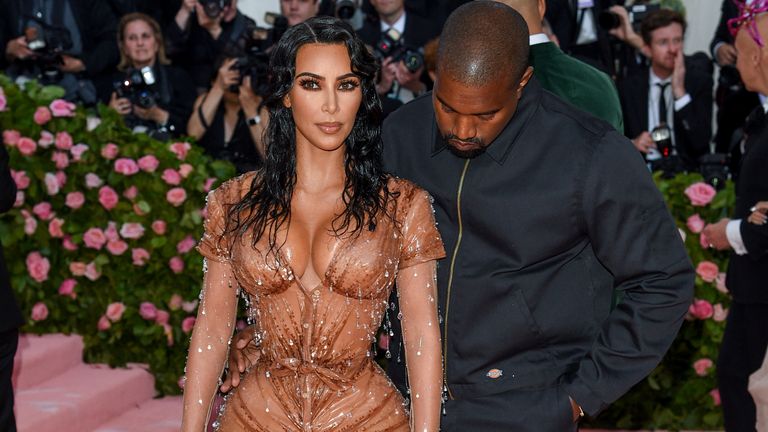 Image: Kardashian pictured with her ex Kanye West in 2019

Kardashian, 41, is the daughter, of the late Robert Kardashian, a high-profile lawyer who was best known for defending OJ Simpson in 1995, and “momager” Kris Jenner. She first stepped into the public eye as Paris Hilton’s friend and wardrobe assistant, before rising to fame in the reality show Keeping Up With The Kardashians.

She has four children with rapper Kanye West and is now in a relationship with comedian Pete Davidson, 28, following their split.

Heading critics off at the pass

In her interview, Kardashian pre-empted criticism of being “famous for being famous”.

“Who gives a f***,” she said. “We focus on the positive. We work our asses off. If that’s what you think, then sorry. We just don’t have the energy for that. We don’t have to sing or dance or act; we get to live our lives – and hey, we made it. I don’t know what to tell you.”

Criticism of Kardashian comes after Love Island star and influencer Molly-Mae Hague came under fire in January for comments made about work and poverty in a podcast interview.

More to come on her relationship with Davidson

Elsewhere in the interview, Kardashian revealed that viewers of her new reality show will get to find out more about her relationship with Davidson – although he will not physically feature in the first series.

West – now known as Ye – will feature in the first episode of the series, which launches in the UK in April.

Despite tensions between the former couple, Kardashian said she will not speak negatively about him.

“Being in the public eye and having disagreements publicly is never easy,” she said. “But I do believe in handling it all privately. I believe in championing publicly and criticising privately.

I don’t think I would ever criticise the father of my children on my TV show. That’s just not really what I’m about, and I just don’t think that would ever make me feel good.”