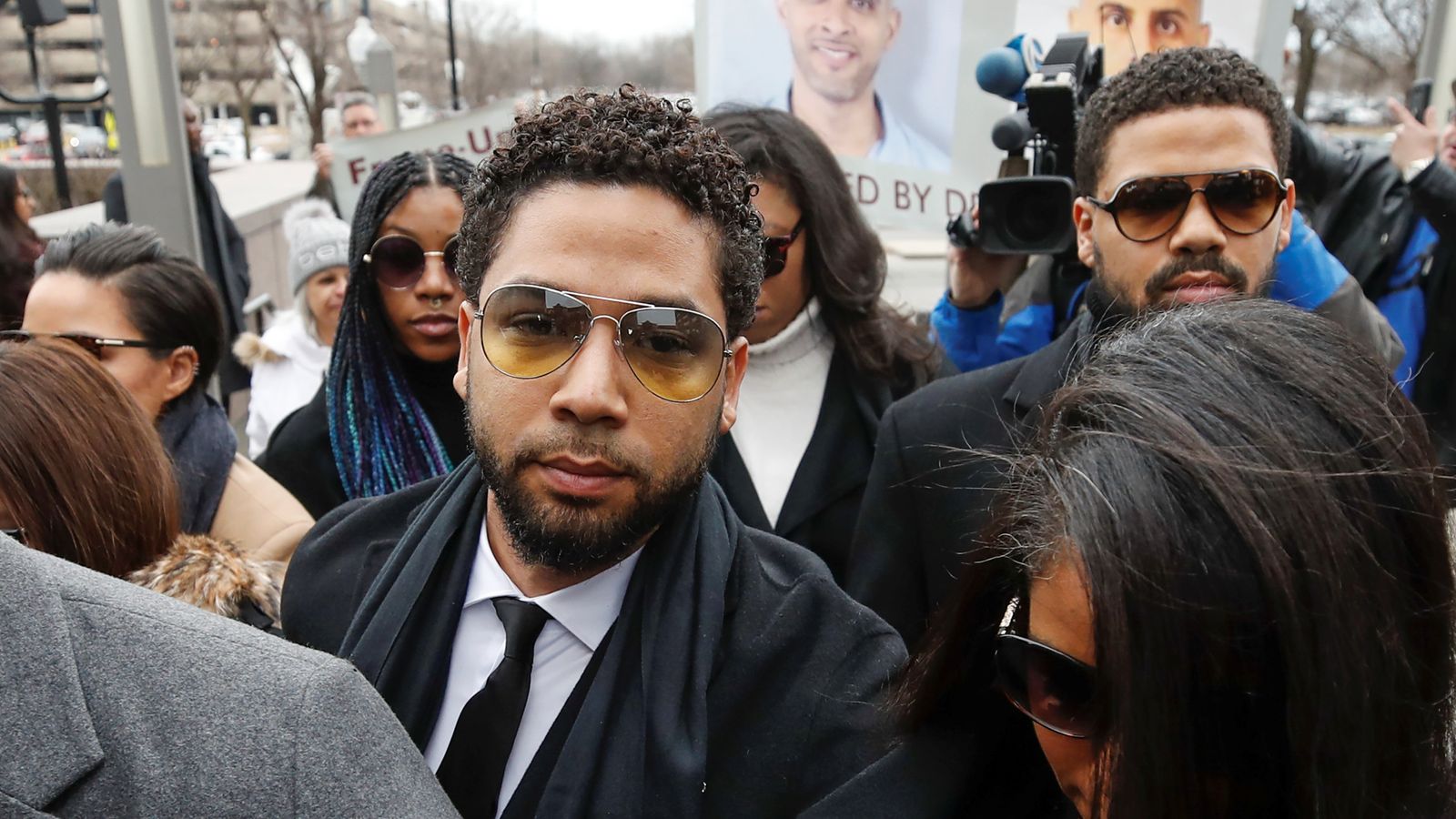 US actor Jussie Smollett has been found guilty of staging a racist, homophobic attack on himself in what prosecutors said was a bid to gain sympathy and bolster his career.

Prosecutors said the 39-year-old former Empire star lied to police when he told them that he was accosted on a street by two masked strangers in January 2019.

The alleged assault was reported to police, prompting a massive investigation that a detective said included around two dozen officers and 3,000 staff hours.

The verdict came after a nearly two-week trial in which two brothers testified that Smollettrecruited them to fake an attack on him near his home in central Chicago. Smollett repeatedly denied the claims.

The Cook County Circuit Court jury, which deliberated for nine hours, found Smollett guilty of five of the six felony disorderly conduct counts he faced, one for each time he was accused of lying to police.

As the verdict was read in the courtroom, Smollett stood and faced the jury, showing no visible reaction.

Abimbola Osundairo, who worked with Smollett on the Chicago set of Empire, and his brother, Olabingo Osundairo, said Smollett orchestrated the hoax, telling them to use racist and homophobic slurs, to put a noose around his neck and rough him up in view of a surveillance camera.

They also said Smollett paid them $3,500 (£2,600) to stage the attack in an effort to raise his show business profile.

Smollett said he was attacked by Trump supporters

When Smollett reported the alleged attack to police, he told them he was attacked by supporters of then-president Donald Trump – igniting political divisions around the country. 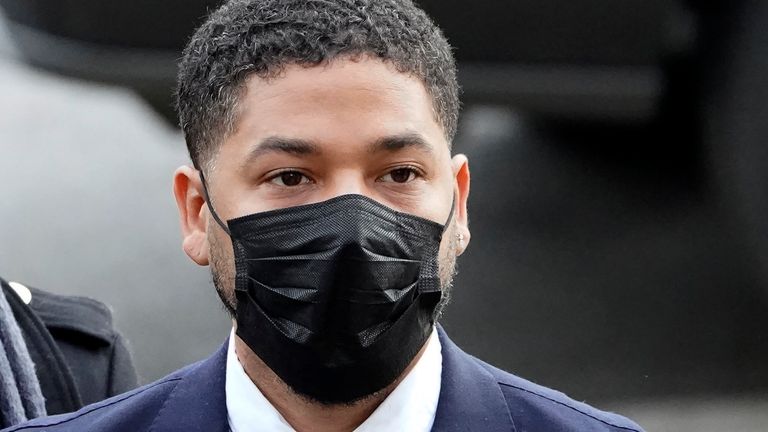 Image: Smollett told police a noose was put around his neck and his attackers shouted racist and homophobic slurs

During the trial, Smollett testified about being the victim of what he said was a hate crime, telling the jury “there was no hoax”, calling the brothers “liars” and saying their account was “100% false”.

His defence lawyers argued that the brothers attacked the actor – who is gay and black – because they were homophobic and did not like “who he was”.

They also alleged the pair made up the story about the attack being staged to get money from Smollett, and that they told him they wouldn’t testify against him if he paid them each $1m.

Following the verdict, special prosecutor Dan Webb called the verdict “a resounding message by the jury that Mr Smollett did exactly what we said he did”.

Gloria Rodriguez, attorney for Abimbola and Olabingo Osundairo, said her clients “could not be more thrilled and pleased with the result”, but understand “there is a lot of healing that needs to happen”.

He said Smollett was disappointed but was confident his client would be “cleared of all accusations on all charges” because he is “100% innocent”.

Cook County Judge James Linn set a post-trial hearing for 27 January and said he would schedule Smollett’s sentencing at a later date.

Each felony count carries a maximum sentence of three years in prison, but legal experts have said it is more likely Smollett would be placed on probation and ordered to perform community service.