Jeremy Clarkson’s planning application for a restaurant on his Oxfordshire farm has been rejected by council officials.

The TV host, 61, had filed an application with West Oxfordshire District Council (WODC) seeking to create a 50-cover restaurant with a kitchen, servery, and seating area inside a lambing shed at Diddly Squat farm.

Planning documents said Clarkson wanted to re-use the “under-utilised” shed to complement the farming business by “providing a new outlet for farm produce in the form of a cafe/restaurant”. The lambing shed was originally purchased to house a flock of sheep, but this has now been “merged with a neighbouring landowner in a shared farming operation”, the planning document said, resulting in the redundancy of the shed.

The plans had also sought an extension to the existing car park to provide capacity “for 60 to 70 cars”, in a bid to deal with increased visitor numbers.

But they were rejected by the WODC planning committee on Monday, according to the BBC.

Clarkson told the broadcaster it was a “very bad day for farming”, as the plans had aimed to enhance farming and tourism in the local area. 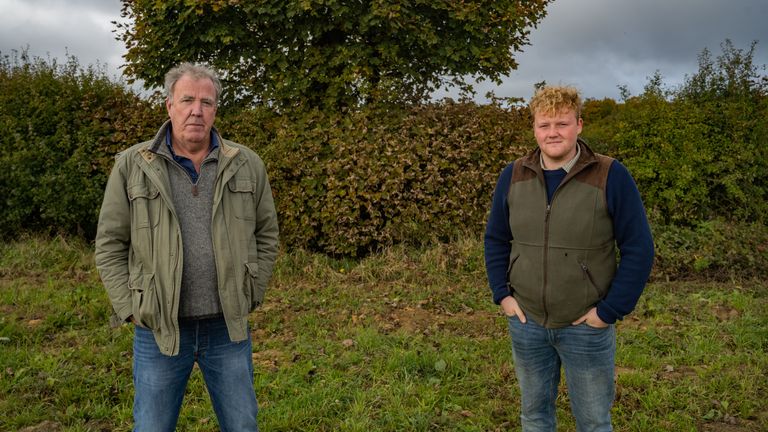 A total of 69 public objections were made against the plans, with just 17 comments in supports.

Common themes among the objectors were around the plans would affect traffic, with one resident writing: “Many local people believe that it’s only a matter of time until there is a serious accident.”

Another person wrote: “Visitors park along the verges making it impossible for two-way traffic. Mud all over the road making it very slippery and dangerous. People walking down the middle of the road, and I personally have been sworn at to get out of their way.”

One resident accused Clarkson of “changing traditional village life”, while another said the broadcaster’s farm shop had resulted “in environmental damage to the village”. 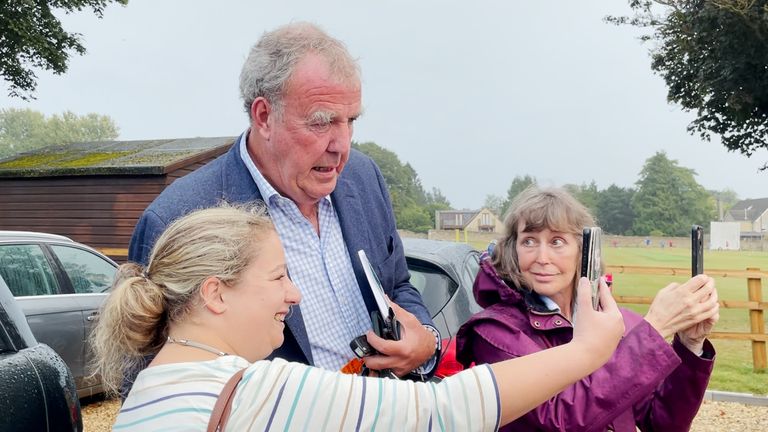 Image: Clarkson met with residents in Chadlington in September to discuss the plans

Those who supported the application said it would “enhance” the surrounding area and would bring more business and employment.

Clarkson met with residents in Chadlington in September following the “gossip” that had spread about his plans.

And a meeting of the Chadlington Parish Council in November to discuss the plans was “inconclusive” due to the “divisive” nature of the farm.

The former Top Gear star had bought the farm in 2008 and it was run by a villager, but when he retired in 2019 Clarkson decided to try and run it himself.

The success of the series has seen people flock to the farm shop to buy products including “Cow juice” (milk) and “Bee juice” (honey). 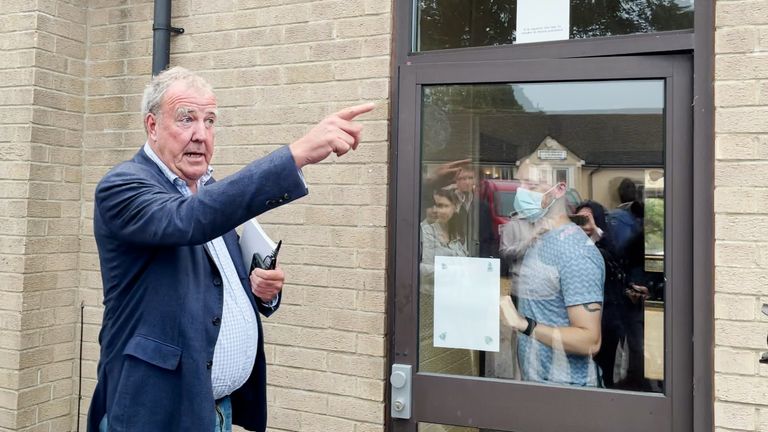 A former child actress who played Sky Mangel in Neighbours as a toddler has died in her sleep, according to...