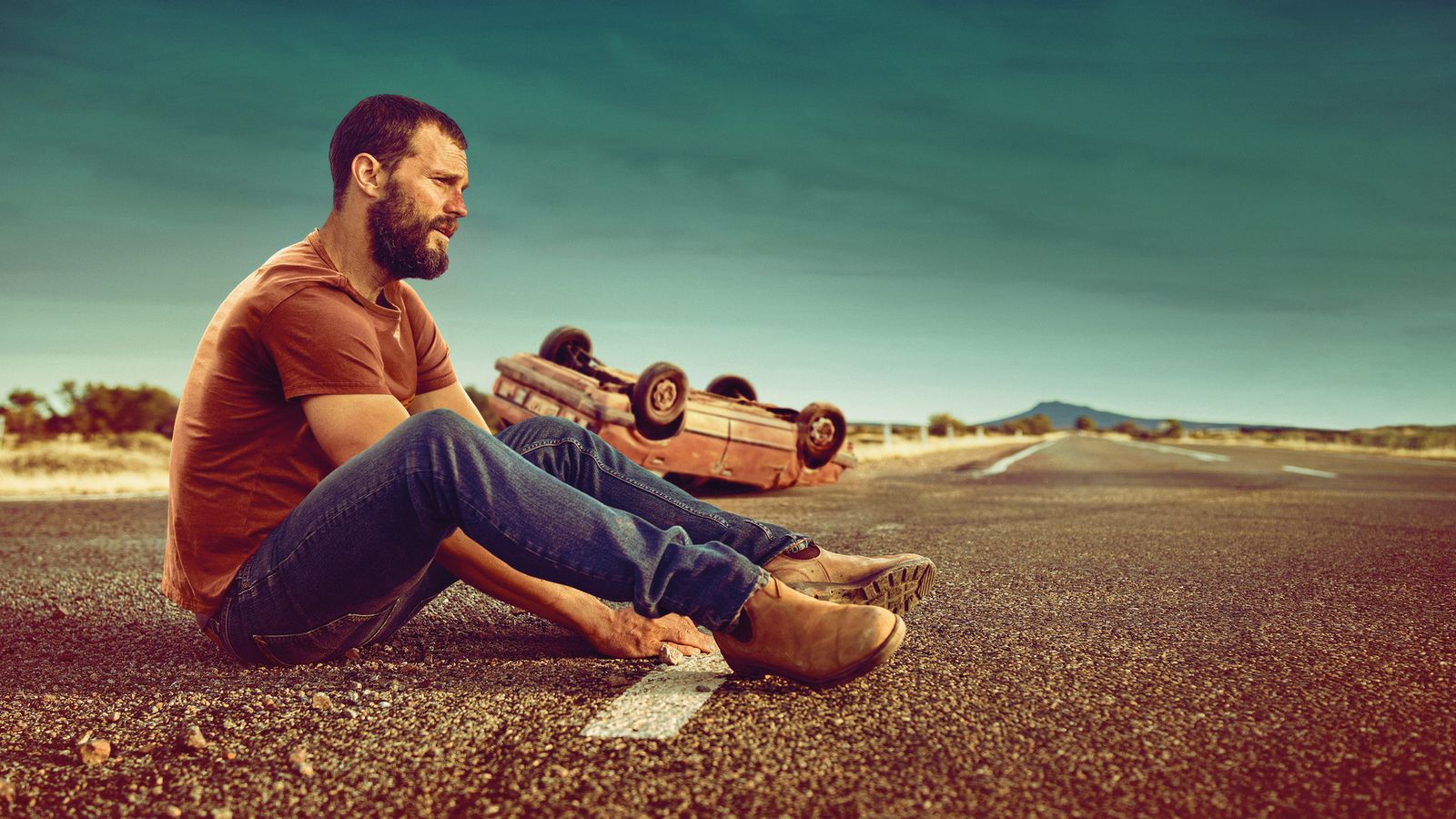 We’re not even a week into 2022 and yet this year is shaping up to be a big one for Jamie Dornan already.

As we head into awards season, his new film Belfast, a semi-autobiographical story by Sir Kenneth Branagh, is one of the frontrunners.

While UK audiences await its release later in January, Dornan is also waiting – to see if nominations for best supporting actor at the Critics’ Choice and Golden Globes will be converted into wins, and if he makes it on to the same shortlists for the BAFTAs and Oscars. 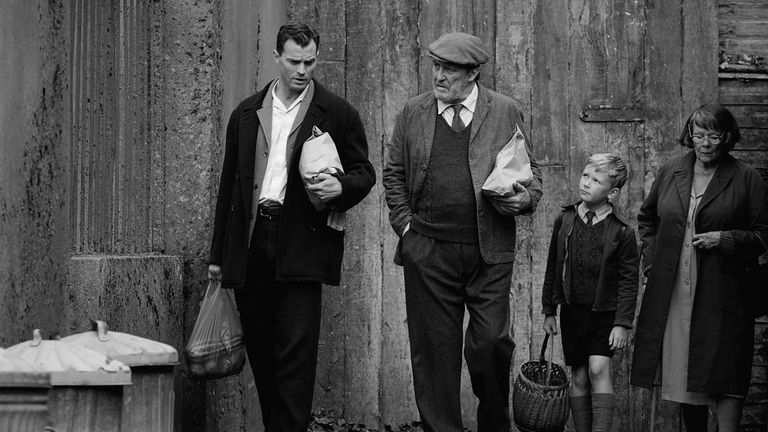 Image: Jamie Dornan is up for Golden Globe and Critics’ Choice awards for his performance in Belfast. Pic: Focus Features

The actor told Sky News he’s enjoying the ride – while trying to keep his feet on the ground.

“For me it’s all about having fun, doing the job, putting everything into the job, getting as much as you can out of it… and whatever happens next is out of your hands,” he said.

“And to be in all those conversations and all that madness, I’ve been living it the last couple of months and it’s truly fun. It is fun, but you’ve just got to see it as that. Like, it’s fun and you know not to get too carried away – ‘don’t be losing the run of yourself’, as someone would tell me in Belfast.”

Meanwhile, on the small screen, Dornan has kicked off the year playing the lead character in The Tourist.

While Christmas viewing often sees audiences tuning in to family favourites and rewatching comforting movies, when New Year arrives and the tree comes down there’s always an appetite for shows that are darker and grittier.

Last year, Tahar Rahim had us hooked playing a killer in The Serpent, and this year the BBC has delivered another thriller – though this one comes with a comedic twist.

The Tourist is about a man, played by Dornan, who wakes up in the Australian outback after a car crash and has no memory of who he is or how he got there. 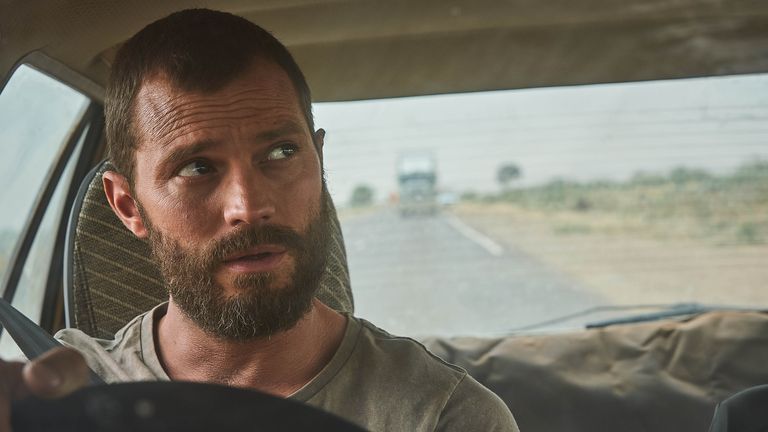 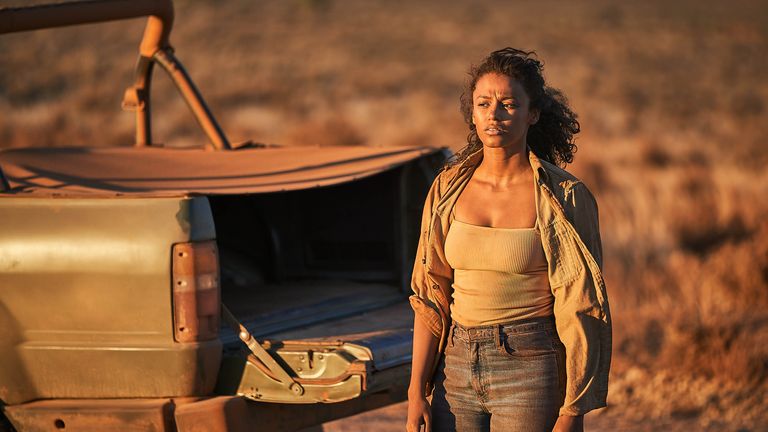 As “The Man” tries to get to the bottom of who he is, local characters and the remote setting make for a sometimes violently dark comedy.

For Dornan, playing someone who doesn’t know themselves was a unique experience.

“It’s weird and it’s intriguing and it immediately put me in the place of the audience when I read the scripts because I was like, ‘right here we go’, I’m on a journey of discovery here, like the rest of us, in terms of who this is,” he said.

“You don’t have the normal luxury of having a very clear back story or an understanding based on the position they are in – their vocation, their family or whatever, that’s usually offered to you in the early scenes of a story.

“So [it was] an interesting one to try to gain control of in terms of piecing together a character, but exciting too. I loved that aspect of it and it was sort of new territory for me to be presented with that puzzle of, how are you going to portray this guy?” 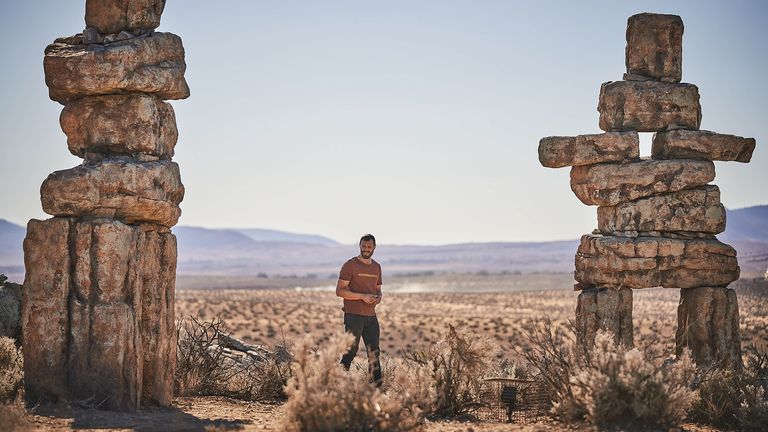 The mini-series, which was largely filmed in South Australia, is not the first time the remote outback has been portrayed as a setting for dark behaviour.

Dornan says it was an ideal place to film.

“I don’t want the outback police coming after us, saying ‘stop saying bad things about this part of the world’, because it’s truly beautiful and unique and stunning and filled with really interesting people,” he said.

“You know, you can get away with stuff a bit more when there’s not so many people watching I guess, so it sort of lends itself to it.”

Sweeping shots of the vast, remote landscape really capture just how empty some parts of the country are.

The actor says that the solitary nature of the environment isn’t one that necessarily appeals to him.

“There’s a time and a place for that, you know, I think it’s nice to do the odd hike alone with your own thoughts, we can all have space for that and I think that’s probably an important thing.

“But the reality is you’d much rather be – well, for me – surrounded by people who love you and you know that you love back.

“I think that sort of solitary aspect of that would be too much for me.”

The Tourist is available to stream now on BBC iPlayer