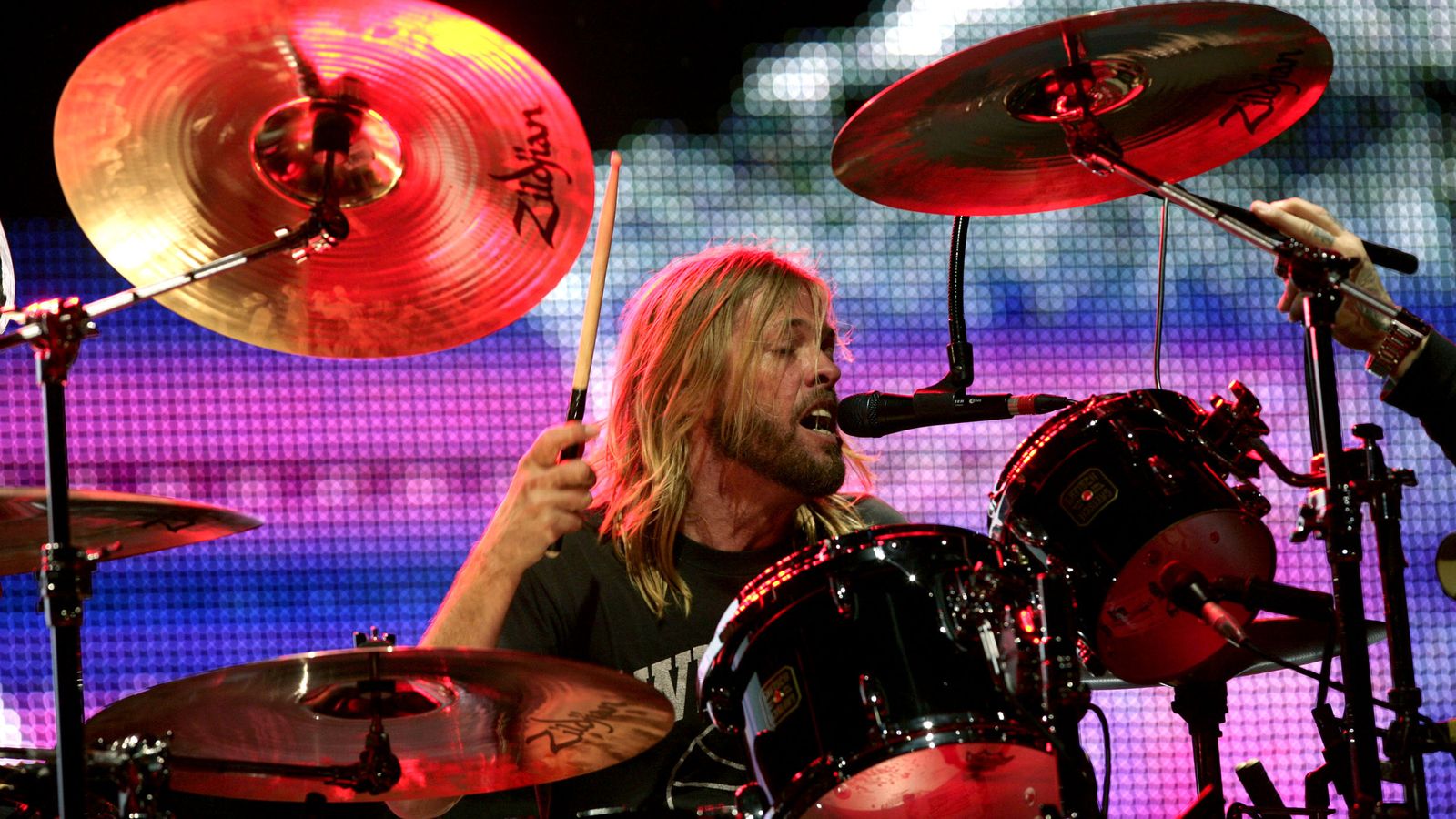 The Foo Fighters will not perform at the 2022 Grammy Awards after the death of Taylor Hawkins.

There will be a tribute to the drummer at the ceremony on Sunday, the Recording Academy has said. It is not known whether the band will be attending.

Hawkins, 50, had been with the rest of the band in the Colombian capital of Bogota when he died in a hotel room last weekend.

The band had been due to perform at the Estereo Picnic festival on the night of his death. 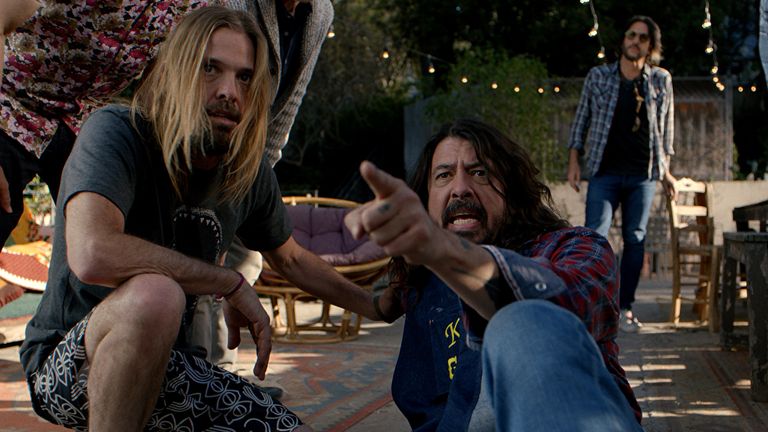 Image: Hawkin and his bandmates Dave Grohl and Rami Jaffee as themselves in the film Studio 666. Pic: Sony Pictures UK

His cause of death is still under investigation, though Colombian officials have confirmed that the drummer had ten different substances in his system when he died.

The band have subsequently cancelled all of their upcoming tour dates. They had been due to perform in the UK this summer.

Among the stars from across the industry who have paid tribute to Hawkins are Slash, Liam Gallagher and Ozzy Osbourne.

Chad Smith, drummer for the Red Hot Chili Peppers, called Hawkins his “brother” as the band accepted their star on the Hollywood Walk of Fame on Thursday.

“He would love this and laugh and make a nice-smartass comment about this whole thing,” he added.

The Foo Fighters were one of the most successful rock bands of the past three decades.

The band transitioned from the alternative rock scene to major mainstream success after Hawkins joined the band in 1997.

He had starred with the band in their recently released film, Studio 666.

The band had been due to perform at the Grammys, considered the biggest night in music.

The ceremony will take place this year in Nevada for the first time and will be hosted by The Daily Show’s Trevor Noah. There will be performances from Oscar winner Billie Eilish and K-pop megastars BTS.

The ceremony was postponed from its original date of January 31 due to concerns about the spread of COVID-19.

The 64th Annual Grammy Awards will be broadcast live on CBS from the MGM Grand Garden Arena on Sunday from 1am UK time.