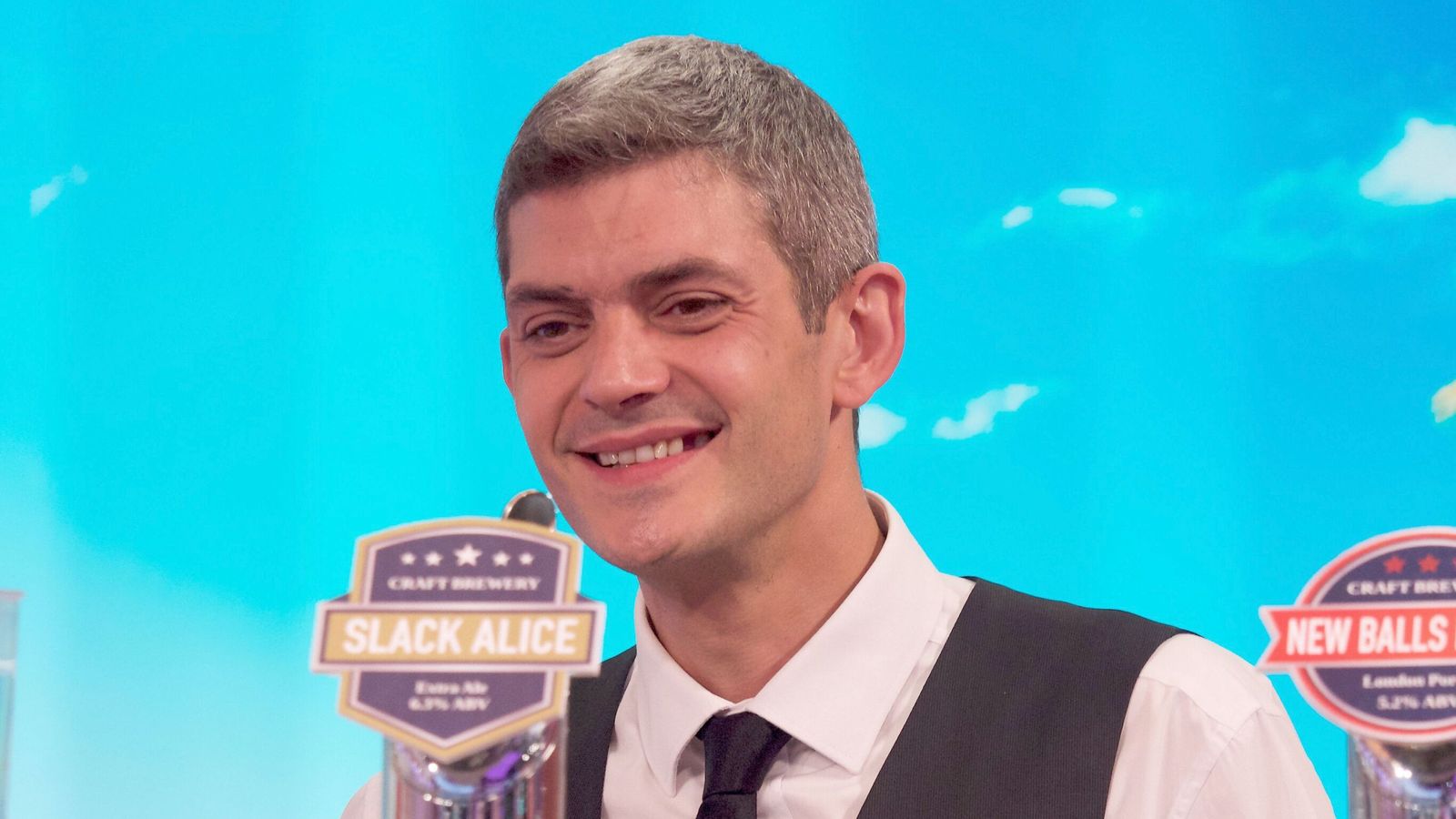 First Dates barman Merlin Griffiths has thanked the NHS for “literally saving my life” following surgery to remove a tumour.

The Channel 4 TV star, 46, announced in September that he had been diagnosed with bowel cancer.

Griffiths rose to fame as the bartender who chats to the daters while they wait at the bar for their match in the hit show.

On Wednesday, the barman shared a smiling selfie on Instagram and updated fans on his “robotic surgery”.

“Now for real #cancer recovery. I’ve had open laparotomies before and the recovery was 6 weeks in hospital before robotic surgery!! Amazing.”

He later revealed more details of his surgery on Twitter and thanked the NHS for the “excellent” cancer care he had received.

He tweeted: “Now I’m home I’d also like to share that the excellent #cancer care has been jointly provided by MDT’s at @OUHospitals & @nhsuhcw.

“Both treating patients with latest gold (standard) pathways for best outcomes. Highly recommended if you need to refer your case.

“Journey is far from over yet. But the path is now clearer than it has been for quite some time. #nhs #BowelCancerAwarenessMonth”.

Last week he began updating fans on his cancer treatment in a series of posts on social media, including photographs from hospital before and after his surgery.

He shared a selfie from hospital, wearing a mask before his operation, with the caption: “Ready as I’ll ever be. Tumour removal time.”

First Dates co-stars and friends were quick to wish him luck in the comments, with waitress and actress CiCi Coleman sending a number of heart emojis.

Griffiths later shared another selfie post-surgery, lying in a bed wearing a hospital gown, and wrote: “2am. Tubes outta everywhere. Aches and pains. But no tumour!”