Elon Musk and Grimes have had a second baby through surrogacy, the singer has revealed in an interview.

The pair had their first child, a boy called X AE A-12, or X for short, in May 2020 and their new baby girl was born in December.

Speaking in an interview with Vanity Fair, Grimes didn’t share many details about her second child but did say “Her full name is Exa Dark Siderael Musk”.

She added, however, they call her “Y”. 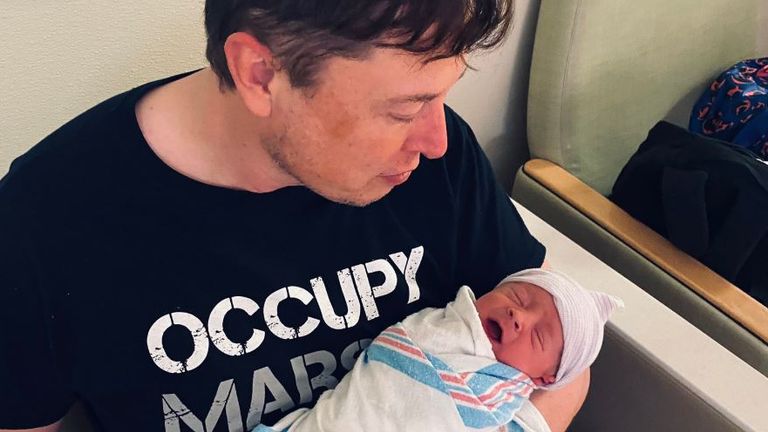 Exa apparently refers to exaFLOPS, which is a supercomputing term that refers to systems that can work out “one quintillion floating operations per second”.

Grimes explained that Dark is a reference to “the unknown”.

“People fear it but, truly, it’s the absence of photons,” she said. “Dark matter is the beautiful mystery of our universe.”

Siderael, meanwhile, is a reference to “the true time of the universe… not our relative earth time”, and is a nod to her favourite Lord Of The Rings character, Galadriel, a royal elf who “chooses to abdicate the ring”.

According to Vanity Fair, Grimes and Musk had the new baby through surrogacy.

The pair started dating in May 2018 but in September 2021, 50-year-old Musk confirmed that he and Grimes, 33, were semi-separated and co-parenting.

However, Grimes hinted in Vanity Fair that they are together, saying that she would “refer to him as my boyfriend”.

“There’s no real word for it,” she said.

“I would probably refer to him as my boyfriend, but we’re very fluid. We live in separate houses. We’re best friends. We see each other all the time.

“We just have our own thing going on, and I don’t expect other people to understand it.

“This is the best it’s ever been. We just need to be free.”

She also hinted that they plan to have more children, adding that “we’ve always wanted at least three or four”.

Y and X are, perhaps coincidentally, also the names of electric cars made by Mr Musk’s firm Tesla.