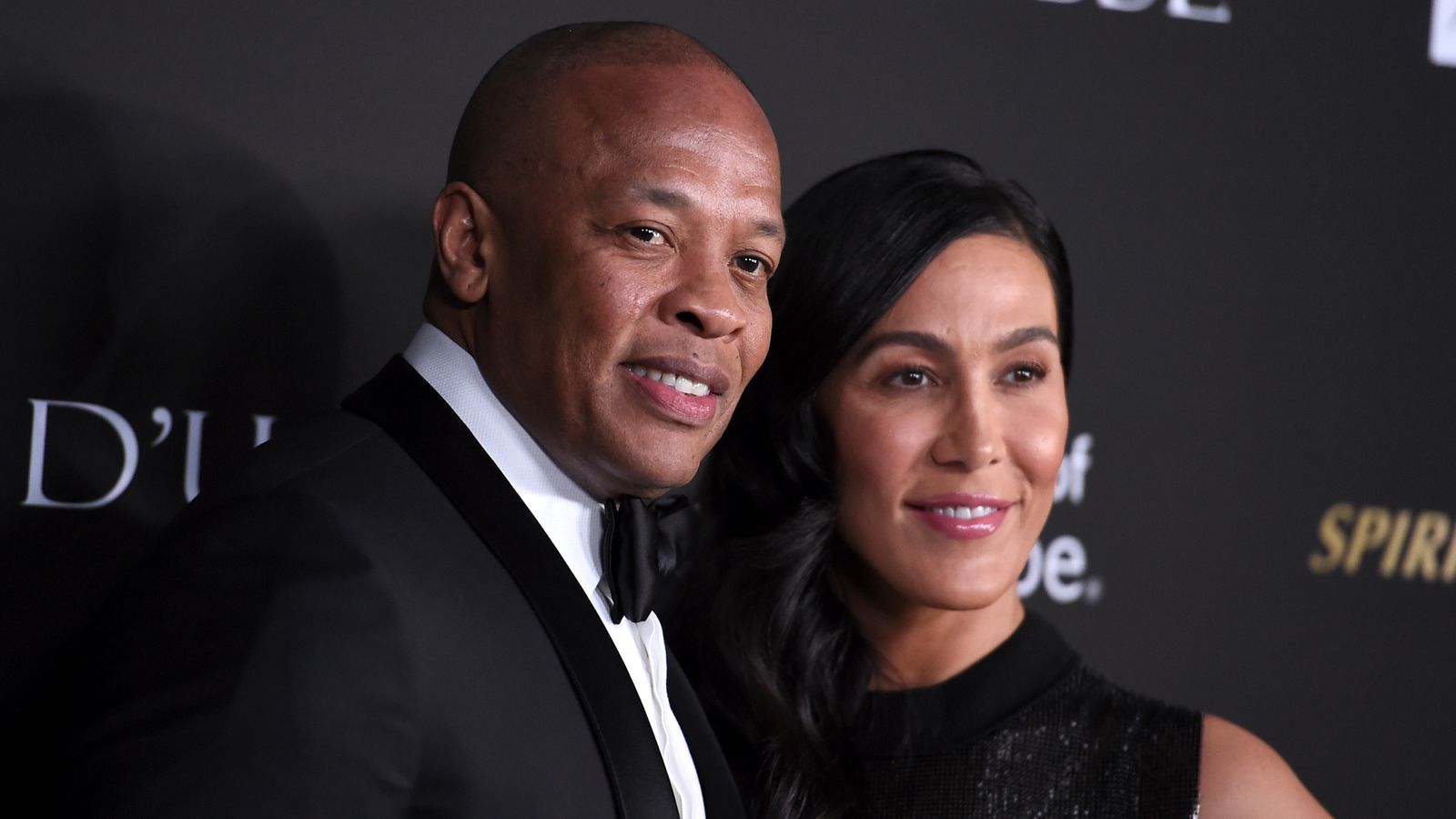 The artist, whose real name is Andre Romelle Young, was married to Nicole Young for nearly 24 years, and the two have two adult children, Truice, 24, and Truly, 20.

Under the terms of the settlement, which took 18 months to conclude, Ms Young will get $50m (£37m) immediately and the other $50m in one year, sources have told NBC News.

Ms Young leaves the marriage with all her jewellery as well as four vehicles: a Rolls Royce, Range Rover, Escalade limousine and Spyder motorcycle.

Ms Young, 51, is required to move out of their home in Malibu, California, by the end of the month and must pay for her own legal fees – which are believed to run into millions of dollars – under the agreement.

Dre, 56, who is worth the equivalent of £620m at current prices, will keep the bulk of his wealth including his master recordings, trademarks and interests in various partnerships and trusts, according to the sources.

He will also retain all his Apple stocks, which includes proceeds from his sale of Beats, which was bought by Apple in 2014 for $3bn.

The musician will keep six vehicles and seven of the couple’s properties, including the Malibu home, two homes in Calabasas in the hills northwest of Los Angeles, and four other properties in the LA area, including a $100m estate in Brentwood, west of Beverly Hills, the sources said.

Rolling Stone magazine reported that Dre was apparently “delighted” that his ex-wife would get just one-fifth of his liquid assets and that she would have received more if she had settled sooner.

Ms Young agreed a prenuptial agreement when the couple married in 1996, which she later contested saying it was signed under duress. Image: One of the last times Dr Dre and Nicole Young were pictured together, at the Tom Ford show in February 2020, with their daughter Truly (left). Pic: AP

Dre’s ex-wife initially filed for divorce in 2020, claiming she had been abused and had suffered “post-traumatic stress syndrome”

Ms Young said in court documents that Dre “held a gun to my head” on two occasions and “punched me in the head/face” in 1999 and 2000.

Dre has vehemently denied the allegations.

The rapper, who made his name with NWA before a lucrative career as a solo artist and producer for a range of top hip hop stars such as Eminem, 2Pac and Snoop Dogg, was originally reported to have divorced in early December, when he was seen in a photo underneath balloons that spelled out “DIVORCED AF”.

At the time it is understood the divorce settlement had not been signed.

Nicole Young is reported to be a lawyer by profession and to have been previously married.