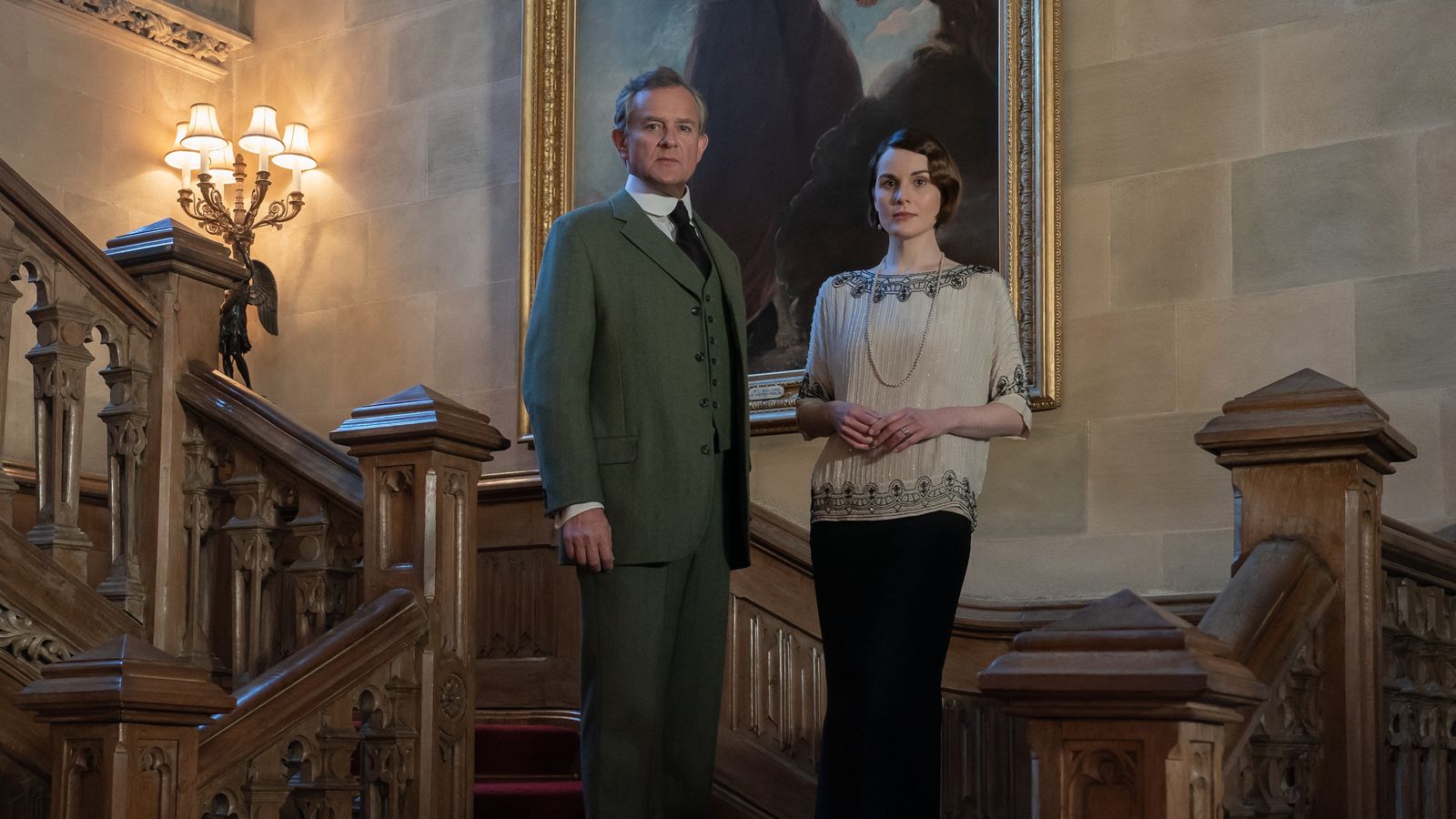 Not just any show can manage a transfer from television to the big screen but Downton Abbey has been successful, with the first film in 2019 making more than £150m at the worldwide box office and the second out in cinemas today.

But while the sequel is called Downton Abbey: A New Era, some of the storylines (don’t worry – you’ll find no spoilers here) feel like an ending of sorts and the creator and writer of the period drama Julian Fellowes has told Sky News he can’t be sure what the future holds.

“I don’t know the answer to that, the truth is if they want more and the cast want to do more, then I’m sure we’ll find a way of delivering more,” he said.

“But I don’t mind if it’s run its course, I think that’s fair enough, too. “And if we’ve given some enjoyment to people over the years, then that makes me very happy. I’m a fairly simple soul really.”

It’s not just the future of Downton which isn’t certain… Fellowes thinks the changes happening now in the film and TV industry are bigger than any others he’s seen in his 40-year career.

“We’re going through a very strong evolutionary period of entertainment: How it’s produced, how much of it is produced, how it’s delivered – all these platforms, do we still release films in cinemas or is that going to go? And, you know, all of it is up for grabs,” he said.

“I choose to think I’m living through a very interesting period rather than a period that’s driving me nuts, but you can’t know how something is going to be in five years’ time, will everyone have huge screens so that the meaning of the cinema is rather watered down?

“I mean, already we’re giving Oscars to films, in inverted commas, that have shown in a cinema for a week and are really made for television release. Is that a good thing or a bad thing? I don’t know, I couldn’t answer you.” 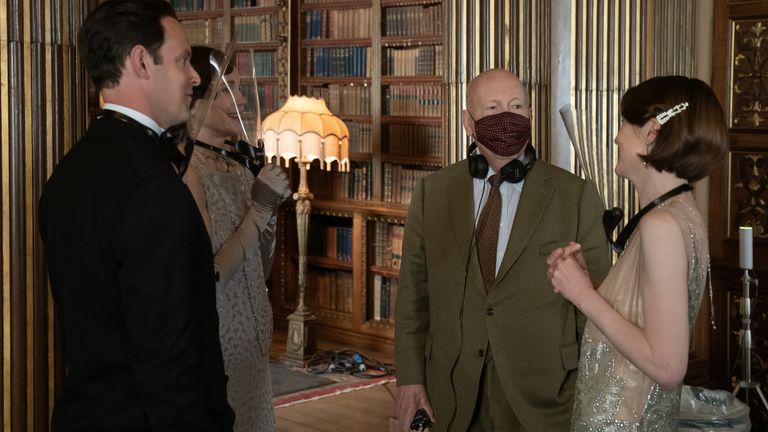 Fellowes may have a lot of experience in the industry, but he admits that perhaps he’s not best placed to know how things will continue to change.

“I suspect that there will be some amalgamating and we will see platforms come together because this endless proliferation seems at times to be out of control,” he said.

“But, you know, I don’t know that I know what I’m talking about – I’m old, I belong to a different generation. When I started acting we were still in studios at the BBC with big tape machines following you around like Daleks.

“I’ve lived through quite a lot of different episodes, but this is certainly one that’s changing everything, really.” With an ensemble cast of 18, Downton Abbey is a complex beast. Each of the veteran characters have their own storylines and screen time – while new characters are also introduced and integrated, plus in this new film there are also new locations as some of the story is set in the south of France.

Fellowes admits it’s not easy to keep things fresh, while not straying too far from what made Downton so popular in the first place. Image: Fellowes thinks the changes happening now in film and TV are bigger than any others he’s seen in his career spanning 40 years. Credit: Ben Blackall / 2022 Focus Features LLC

“I think you balance that and I think the other big balancing act of making a movie out of a TV show is that when you’ve got a TV show with a big cast – and our cast is colossal – then they will have a story once every two or three episodes, and apart from that, they will join in other people’s stories. But in a film that isn’t enough. They’ve all got to have their own stories, and those stories have all got to have a beginning, middle and end.

“So it is quite a business of sort of plaiting it together. But every job, whatever it is, has got a difficult bit so I don’t want to sound as if I’m complaining.”

The film industry will be closely watching how the new film does at the box office, with many hoping it’ll bring back certain audiences who have been reluctant to go to the cinema during the pandemic.

Those that do go will find it’s Downton doing what it does best – and while it won’t be the most exciting or original film you see this year, it will provide a comforting familiarity which, in an ever-changing world, is something many viewers may well find appealing.

Downton Abbey: A New Era is out in cinemas today.

Ellen DeGeneres has revealed that the final episode of her talk show has been filmed, saying it has been "the...