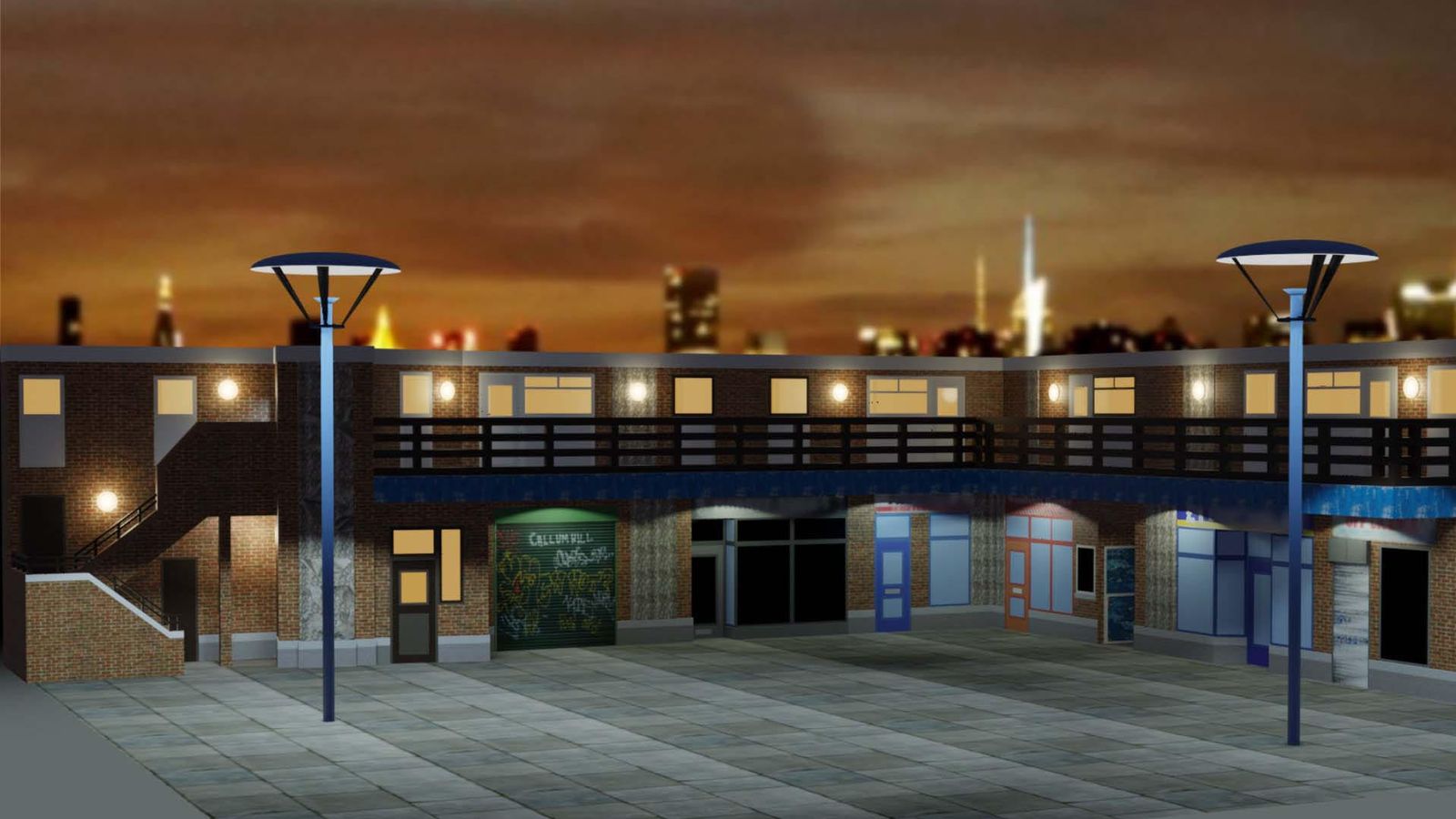 Coronation Street is expanding its existing set to include a new precinct, providing a “grittier” alternative setting to the famous cobbles.

Constuction on the Weatherfield Precinct begins this week and is expected to take about six months to complete, with the soap’s 7.7 acre site in Trafford near Manchester being extended to accomodate the development.

Artist impressions show a two-storey construction which will feature maisonettes, a staircase and balcony leading to the properties, as well as a piazza and several local shops and units, according to Coronation Street bosses. 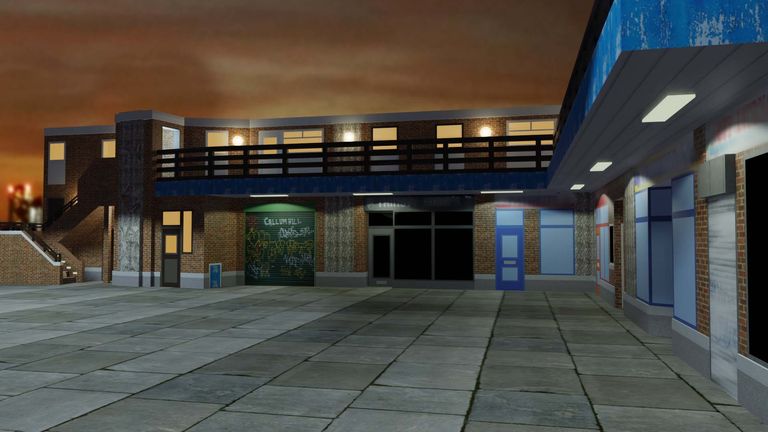 Image: The new area will allow storylines to expand beyond the famous cobbles

Rosie Mullins-Hoyle, the show’s production designer, said: “We are extremely excited to be starting to build Weatherfield Precinct this week after a year of technical drawings, model making, visualising and planning.

“An incredible amount of research has been carried out focusing on 1960s local architecture and we are striving to create an authentic area of Weatherfield with a grittier vibe to the existing street that we know and love.”

Why Weatherfield Precinct may sound familiar to Corrie fans

While the development is a new build, fans of the show may already be aware of Weatherfield Precinct – as it has been referenced in dialogue when characters have mentioned going to the shops there.

But having a new physical set will give scriptwriters the chance to explore storylines beyond the cobbles of Coronation Street itself, ITV said.

“I cannot wait to meet the characters that may call it home and see the businesses that will be created and the storytelling potential of an old but new part of Weatherfield,” Ms Mullins-Hoyle added.

Series producer Iain MacLeod said the design for the set had been inspired by nearby Salford. 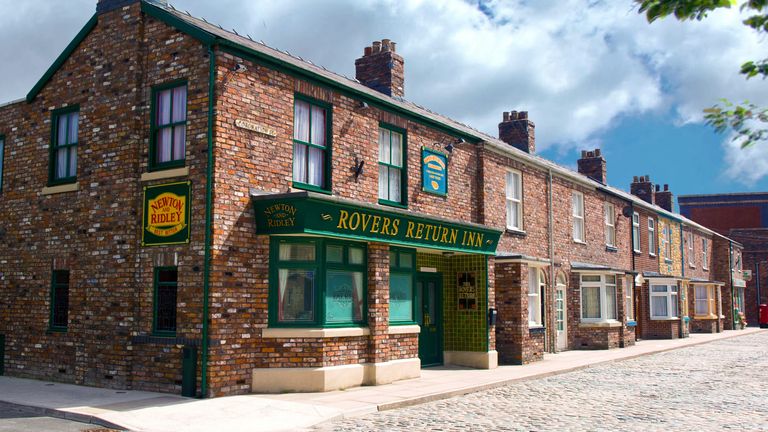 Image: Despite the changes, Corrie residents will probably still be drinking at the Rovers Return. Pic: ITV

“The fabled Weatherfield Precinct has been much discussed, but little seen on the show in our 61 years, and I am really excited to be expanding the Coronation Street universe,” he said.

“The plans for the shopping area are drawn directly from the real-world Salford environs that inspired the show’s creator Tony Warren and exemplify the authenticity and ambition we still prize as we move to hour-long episodes this week.”

The expansion announcement comes as the ITV series – the most watched soap in the UK – made the move to longer episodes in a new 8pm time slot.

Located on the Manchester Ship Canal and directly opposite MediaCityUK, the Coronation Street production facility became the programme’s new home in 2014.

It was last expanded considerably in 2018, when the Victoria Street set was added to the site on the Manchester Ship Canal – adding Victoria Gardens, Speed Daal, the Weatherfield tram stop, Trim Up North, George Shuttleworth’s funeral parlour and an extended Weatherfield Police Station.

It is the world’s longest-running TV soap and holds the Guinness Book of World Records for the honour, alongside longest-serving cast member, William Roache, who has played Ken Barlow since the first episode on 9 December 1960.