Bradford, County Durham, Southampton, and Wrexham County Borough have been revealed as the four candidates in the running to be named UK City of Culture for 2025.

One of the areas will take over the accolade, which is awarded every four years by the Department for Digital, Culture, Media and Sport, from current holder Coventry.

Winning the title helps to raise the area’s profile, boost its local economy and put it in the cultural spotlight, encouraging long-lasting participation in the arts, and growth for local tourism. Image: Cartwright Hall, in Bradford. Those working on the city’s bid say it will show the ‘magic of its people’. Pic: Visit Bradford

Music star Craig David, who grew up in Southampton and was an ambassador for the city’s bid, said he was proud of the city and owed “everything for my inspiration and success to my family and beginnings in Southampton”.

He added: “This golden opportunity must not be wasted. I want the world to know that Southampton is worthy of this title and that I wholeheartedly back the city to realise its dream to be UK City of Culture 2025.”

TV presenter and artist Shanaz Gulzar, who is chair of Bradford’s bid, welcomed the “fantastic” news.

“We’d like to thank the thousands of people, community organisations, businesses and the creative community across the whole of the Bradford district who have thrown their support behind the campaign and helped us shape what we believe is a winning bid,” she said.

“We’re keeping the details of our entry tightly under wraps for now, as the competition heats up, but I can say that our bid is rooted in the heritage and character of the Bradford district, and will reveal the magic of its people, its ambition, its uniqueness and above all its potential.”

Tony Harrington, chair of Culture Durham, said: “If successful, we will make history as the first county to secure the title – a title we truly deserve. County Durham is no ordinary county and there is a strong feeling across the region that the time is right for the UK’s City of Culture to be in the North East. It truly is our time to shine.” Image: ‘It truly is our time to shine.’ Raby Castle in County Durham

Since gaining the title in 2021, Coventry has seen more than £172m invested in funding music concerts and the UK’s first permanent immersive digital art gallery, the DCMS said, plus a further £500m for the city’s regeneration.

Martin Sutherland, chief executive of the Coventry City of Culture Trust, wished the shortlisted areas “all the best” and said: “Holding the title in Coventry has been a privilege and has made a considerable impact already on the city and its citizens.”

The 2025 shortlist has been compiled from a group of 20 places that registered bids, which also included Cornwall, Derby, Stirling and Armagh City, Banbridge and Craigavon.

An advisory panel will visit all four shortlisted areas before making a final recommendation in May. 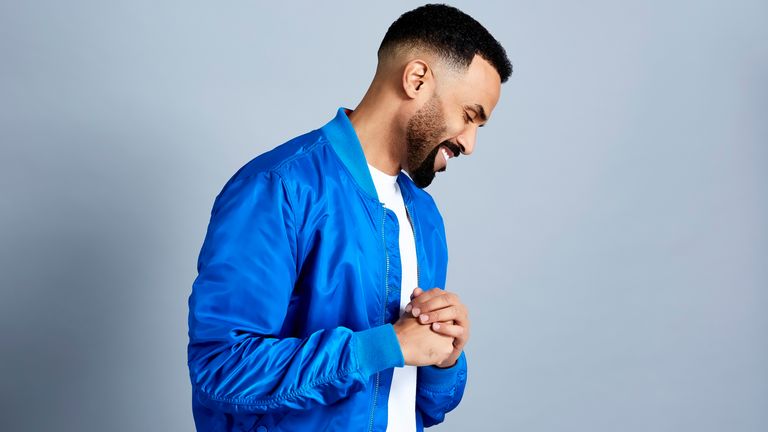 Image: Craig David is an ambassador for Southampton’s bid

Arts minister Lord Parkinson of Whitley Bay said: “The UK City of Culture competition shows the important role that culture can play in levelling up our towns, cities and rural communities – bringing investment, great events, thousands of tourists and opportunity for people of all ages and backgrounds.

“We have seen a huge positive impact in this year’s host city Coventry with millions of pounds in investment and thousands of visitors.”

Derry/Londonderry in Northern Ireland first took the title in 2013, with Hull following in 2017, and then Coventry.