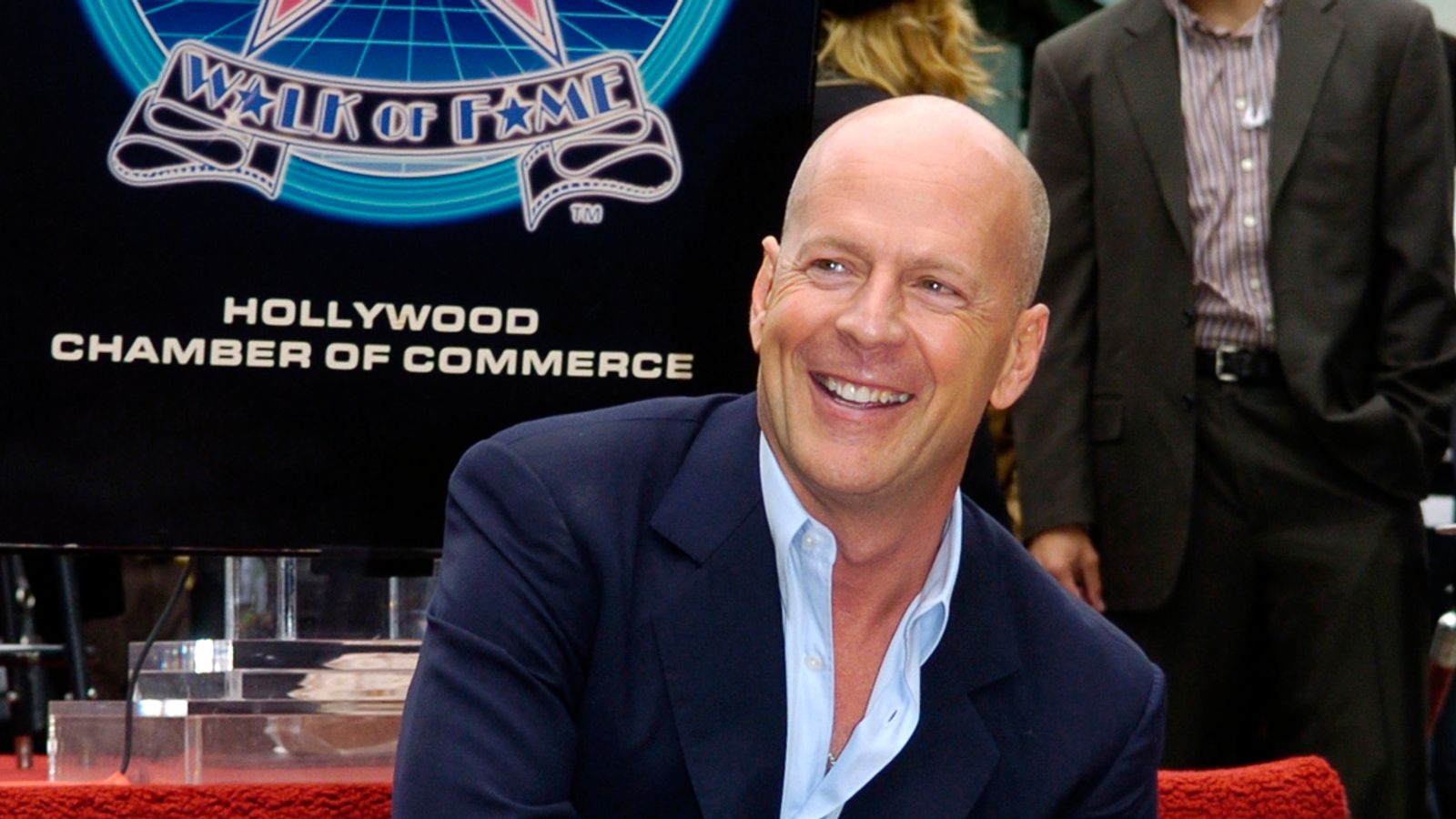 Some of Hollywood’s biggest stars have shown support for actor Bruce Willis after his decision to retire due to a condition that causes difficulties with language or speech.

The Pulp Fiction star, 67, was diagnosed with aphasia, a condition which has affected his cognitive abilities and is retiring from acting, his daughter said.

Breaking Bad’s Dean Norris, Seth Green and Director M Night Shyamalan were among those who posted messages of support to Willis and his family, celebrating the star’s action-filled career.

Norris, who worked with Willis on Death Wish, described him as an “awesome badass”.

‘He will always be that hero’ on my wall

Shyamalan, who directed the actor in the 2019 superhero thriller Glass, paid tribute to him and sent “love and respect to my big brother Bruce Willis”. 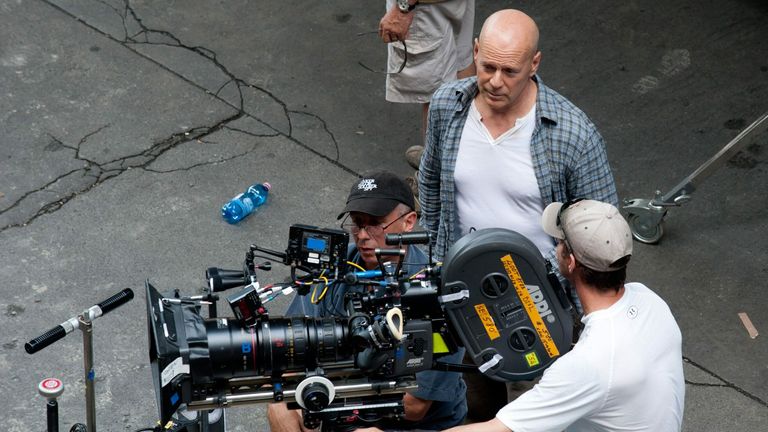 Image: Bruce Willis during a break of the shooting of his film A Good Day to Die Hard in 2012. Pic: AP

“I know his wonderful family is surrounding him with support and strength,” he added.

“He will always be that hero on that poster on my wall as a kid.”

His Deadlock co-star Matthew Marsden described his retirement as “sad”, but added that he was “very proud to have worked opposite the great Bruce Willis in one of his last movies. This is very sad. Legend”.

Seth Green, whose credits include Austin Powers and Scooby-Doo 2, tweeted: “I have so much love for Bruce Willis, and am grateful for every character he’s given us.

“Hugs and love for the whole family – thank you for sharing him with us all.” 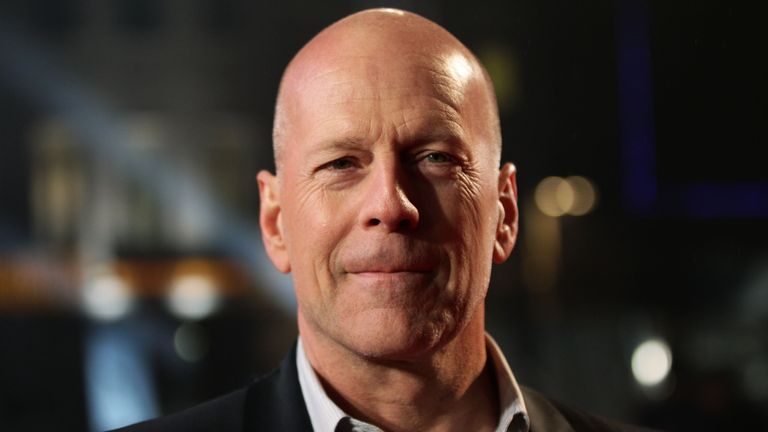 Disclosing the news on social media on Wednesday, the star’s family said it had been a “really challenging time” for them and thanked fans who’ve supported his decision to step back.

Aphasia is a condition that affects sufferers’ cognitive abilities with the most obvious problems in speech.

Most people with aphasia have some trouble with their speaking, and a mixture of issues with writing, reading and perhaps listening.

Speech and language therapy is the main type of treatment for people with aphasia.

In some cases, it can lead to isolation, anxiety and depression.

A stroke is the most common cause of aphasia, but it can also result from a severe head injury, a brain tumour or progressive neurological conditions, such as dementia.

Aphasia can affect people of all ages, but it’s most common in those aged over 65.

His daughter, Rumer Willis, revealed that Willis’s aphasia is “impacting his cognitive abilities”, in an Instagram post with a picture of her father.

The statement was signed by the actor’s wife, Emma Heming Willis, 43, his ex-wife Demi Moore, 59, and his five children, Rumer, Scout, Tallulah, Mabel and Evelyn.

According to the NHS, aphasia is more common in people over the age of 65.