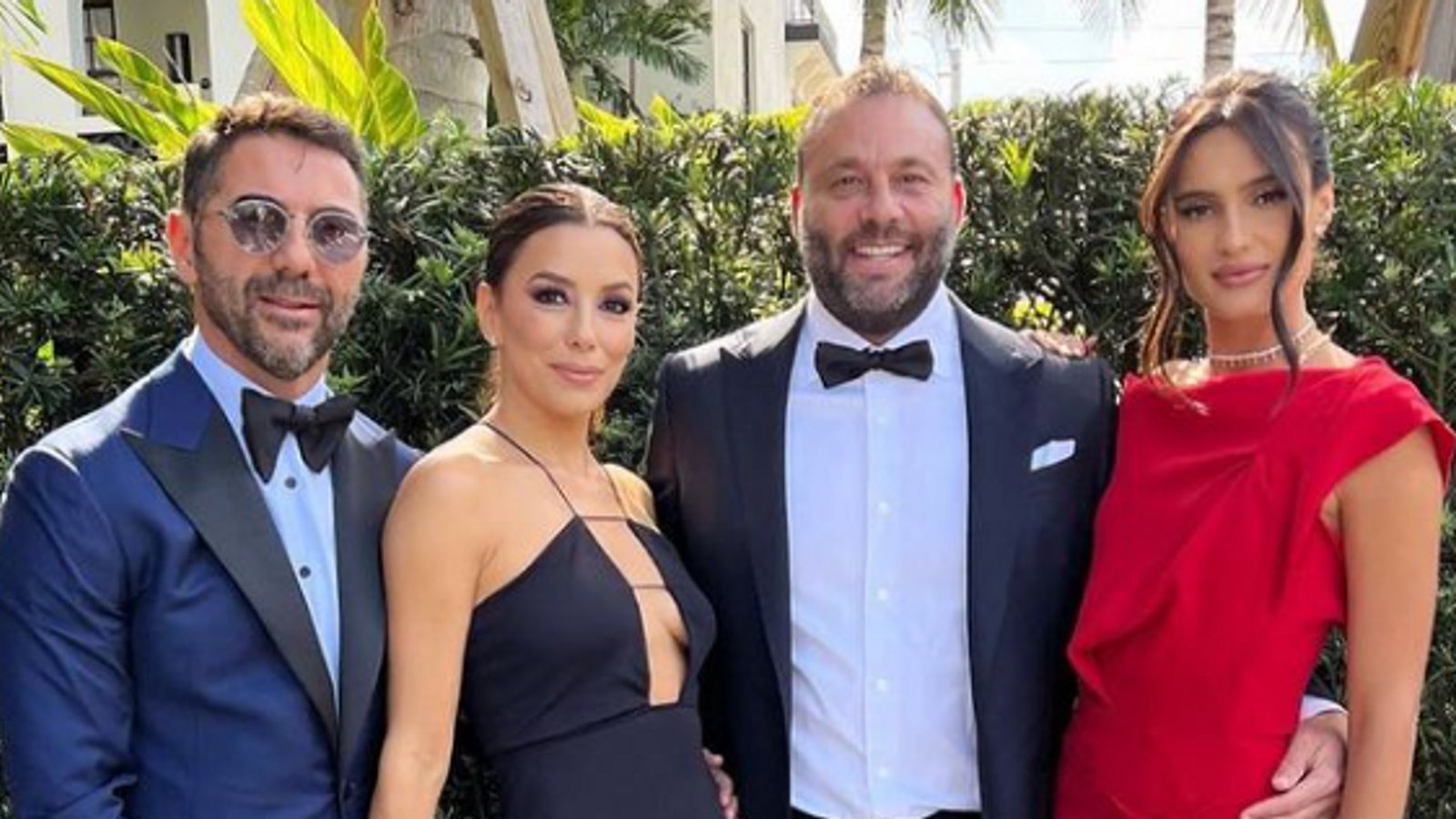 Serena Williams, Gordon Ramsay and Eva Longoria were among the celebrities at Brooklyn Beckham and Nicola Peltz’s star-studded Florida wedding.

The wedding, believed to have cost up to $3.6m (£3m), started at around 6pm in a giant tent on Mr Peltz’s oceanfront lawn. 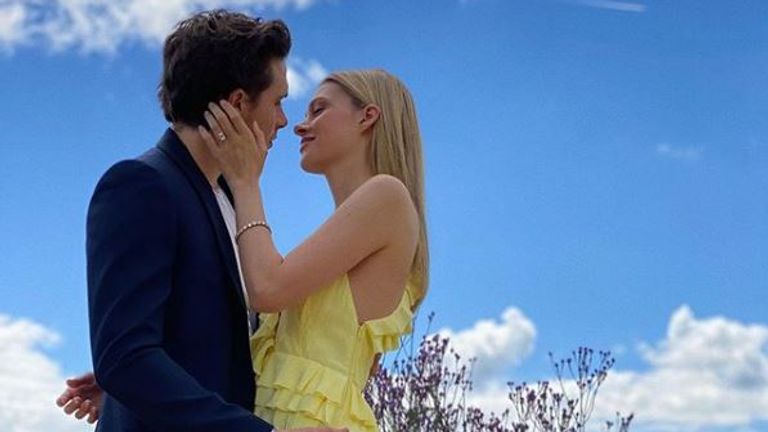 Image: Brooklyn Beckham posted this picture to announce his engagement to Nicola Peltz in 2020. Pic: Instagram/brooklynbeckham 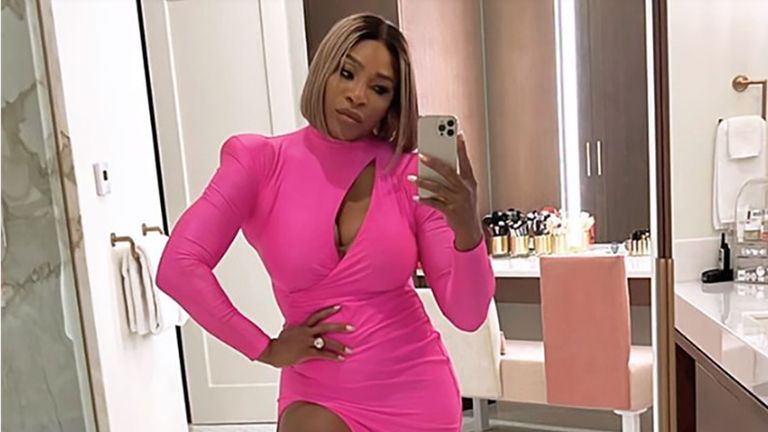 Nicola wore a Valentino dress for the Jewish ceremony, where there are thought to have been six groomsmen and six bridesmaids. 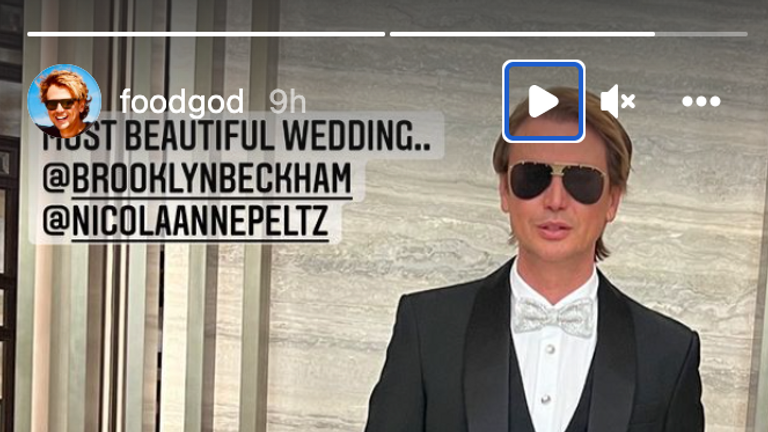 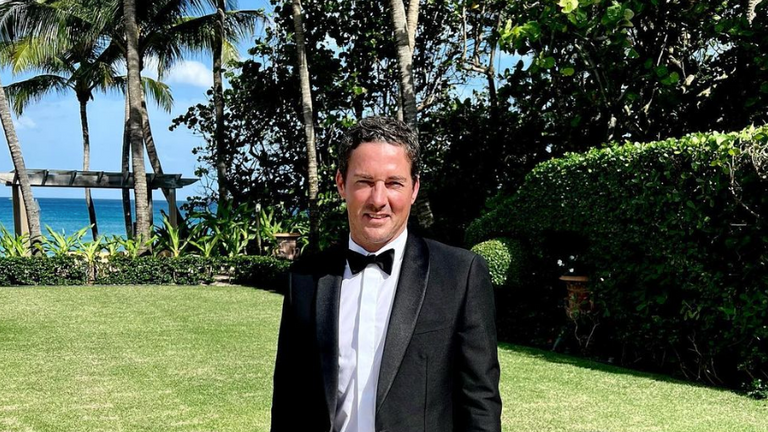 Image: David Gardner, who is Brooklyn’s godfather, shared a picture on his Instagram page. Pic: @davidgardner

Brooklyn’s brothers Romeo, 19, and Cruz, 17, were best men and his sister Harper, 10, was among the bridesmaids.

His parents David and Victoria were photographed arriving at the event in a black tuxedo and silver dress respectively. 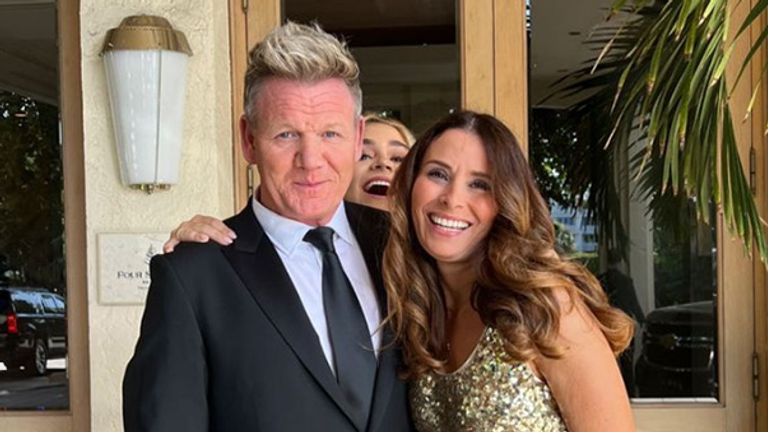 Image: It was a family affair for the Ramsays – with Chef Gordon heading over with his wife and children. Pic: Instagram/@GordonRamsay

Billionaire financier Nelson Peltz and his wife Claudia had three white temporary structures built on their estate to accommodate the invitees.

After the ceremony, the guests made their way into the banqueting tent for dinner, speeches and dancing.

Aspiring chef Brooklyn met his new bride, an actress known for her roles in Bates Motel and Transformers, at Coachella music festival in 2017. They revealed they were engaged in July 2020.