The Power Of The Dog has taken the big prizes at a BAFTAs ceremony where stars and organisers highlighted the war in Ukraine and host Rebel Wilson had a message for Vladimir Putin.

While Wilsonmade good on her promise to deliver a joke-filled ceremony, the night also reflected the devastation happening in the world, with BAFTAchair Krishnendu Majumdar delivering a message from the Ukrainian Film Academy and some celebrities using the platform to raise awareness about the war.

And the host also took the opportunity to send a message to Putin, raising her middle finger to the camera in an address to the Russian leader as she spoke about using sign language. 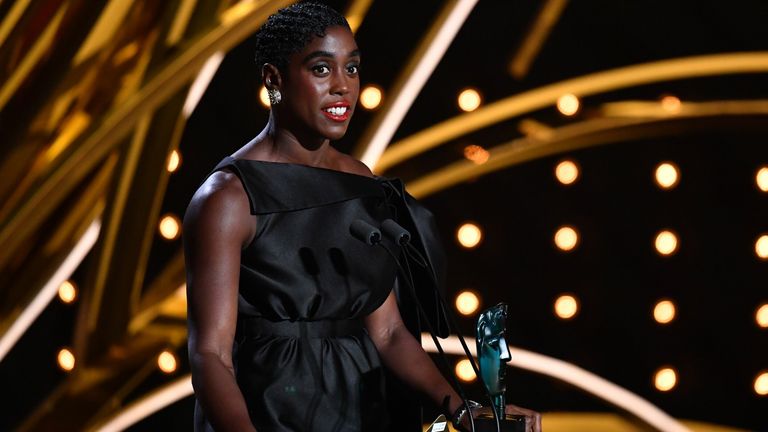 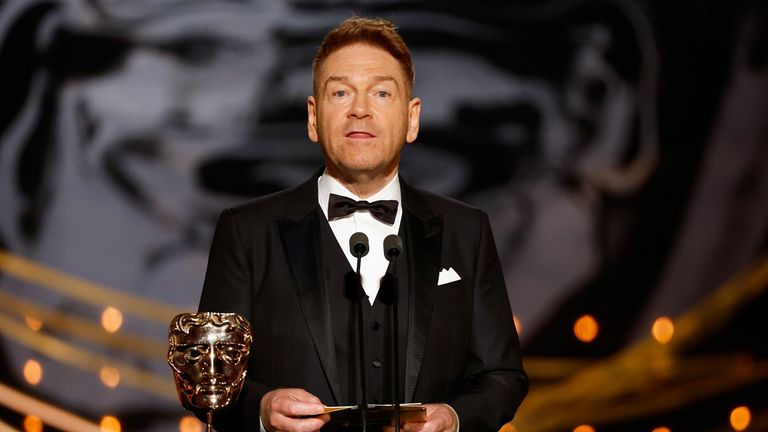 Image: Kenneth Branagh on stage at the BAFTAs. Pic: Guy Levy/Shutterstock for BAFTA

It was a historic night, with Troy Kotsur becoming the first deaf actor to take home a major prize, best supporting actor for his role in CODA, and Jane Campion named best director for The Power Of The Dog – only the third woman to win the trophy. The movie was also named best film.

Elsewhere, Will Smith won his first BAFTA for his portrayal of the father of tennis stars Venus and Serena Williams in King Richard, while Joanna Scanlan was named best actress for her performance as a widow who discovers her late husband’s secrets in After Love.

Sci-fi blockbuster Dune picked up five awards, the biggest haul of the event, including cinematography and production design.

There was drama from the get-go, as climate change protesters caused a brief red carpet shut-down, with the celebrities moved away for a few minutes after smoke bombs were let off by demonstrators. 1:26 UK should be a haven for refugees – Benedict Cumberbatch

And ahead of the ceremony, best actor nominee Benedict Cumberbatch (Power Of The Dog) told Sky News on the red carpet he hoped to join volunteers in the UK who will be taking Ukrainian refugees into their homes.

“We all need to more than wear a badge,” he said. “We need to donate, we need to pressure our politicians to continue to create some kind of a refugee safety and a haven here for people who are suffering, and figure that system out. I know it’s ongoing, I know it’s happening, but… everyone needs to do as much as they can.

“I think already today the news has broke that there’s been a record number of people volunteering to take people into their homes, and I hope to be part of that myself.” 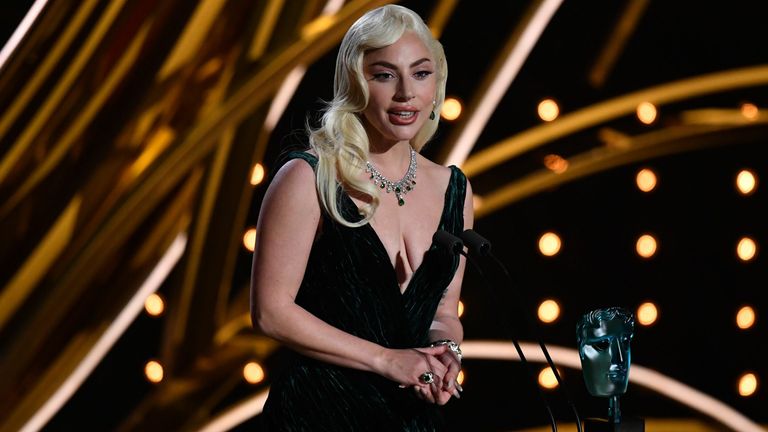 During the ceremony itself, Lord Of The Rings star Andy Serkis, who presented an award, took a swipe at Home Secretary Priti Patel and said some refugees were treated differently to others.

And as well as Putin, Wilson had digs at everyone from Harry and Meghan to Boris Johnson – saying at the end of the night that the BAFTAs after party would be taking place at 10 Downing Street.

Other winners included West Side Story star Ariana DeBose, who was named best supporting actress, and No Time To Die star Lashana Lynch, who won the rising star award – the only Bafta prize voted for by the public. 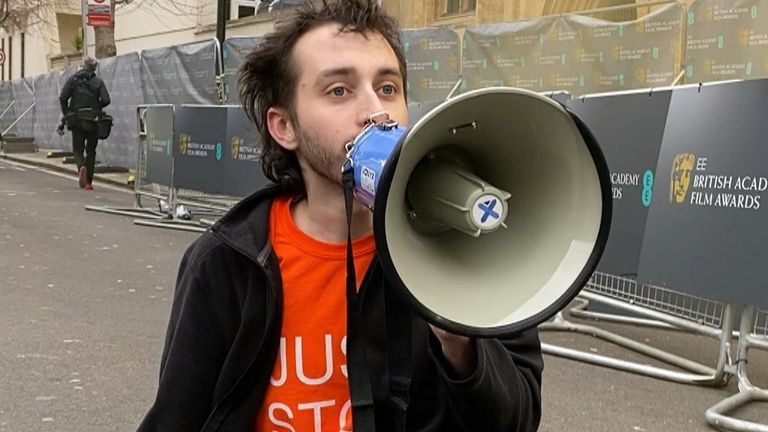 0:38 Climate protest outside BAFTAs ahead of show

Accepting her award, Lynch said: “I’m grateful for a working-class foundation that has taught me everything I need to know about failure, about nos and what nos mean and how to celebrate your yeses.”

She continued: “I would like to thank the women of this country who taught me what it is to be in this industry as a dark-skinned woman. I thank you for laying the foundation for people like me.”

Belfast was named outstanding British film, with writer and director Sir Kenneth Branagh using his acceptance speech to stand up for cinema, saying: “All hail the streaming revolution but all hail the big screen too – it’s alive, and long may they live together.”

He continued: “This is a black and white film about the Troubles, it was not an easy pitch but when the great talent in this room dreams up anything similarly unlikely to make or to finance, please remember if you build it, they will come.” 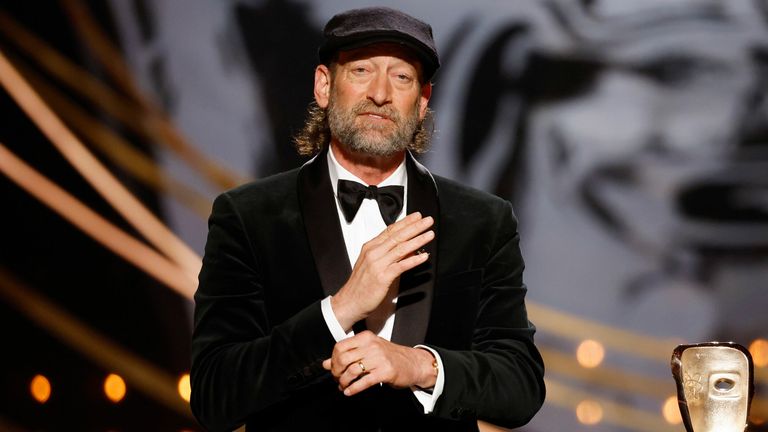 US actor Kotsur delivered his speech on stage through an interpreter, telling the BAFTA audience: “I think it’s all great you’re recognising my work from all the way across the sea, it’s truly amazing.”

He then threw his hat into the ring to be the next James Bond, adding: “Have you considered maybe a deaf James Bond, 008?”

Wilson also joked that she would be taking over from Daniel Craig as the next 007, adding that “because of the gender pay gap I actually won’t be 007, I’ll be 004.5”.

And keeping her promise to deliver risque jokes, she later added: “I was going to do a musical number as host – it was about Prince Andrew.

“I’m saving my voice for the sequel to Cats.”