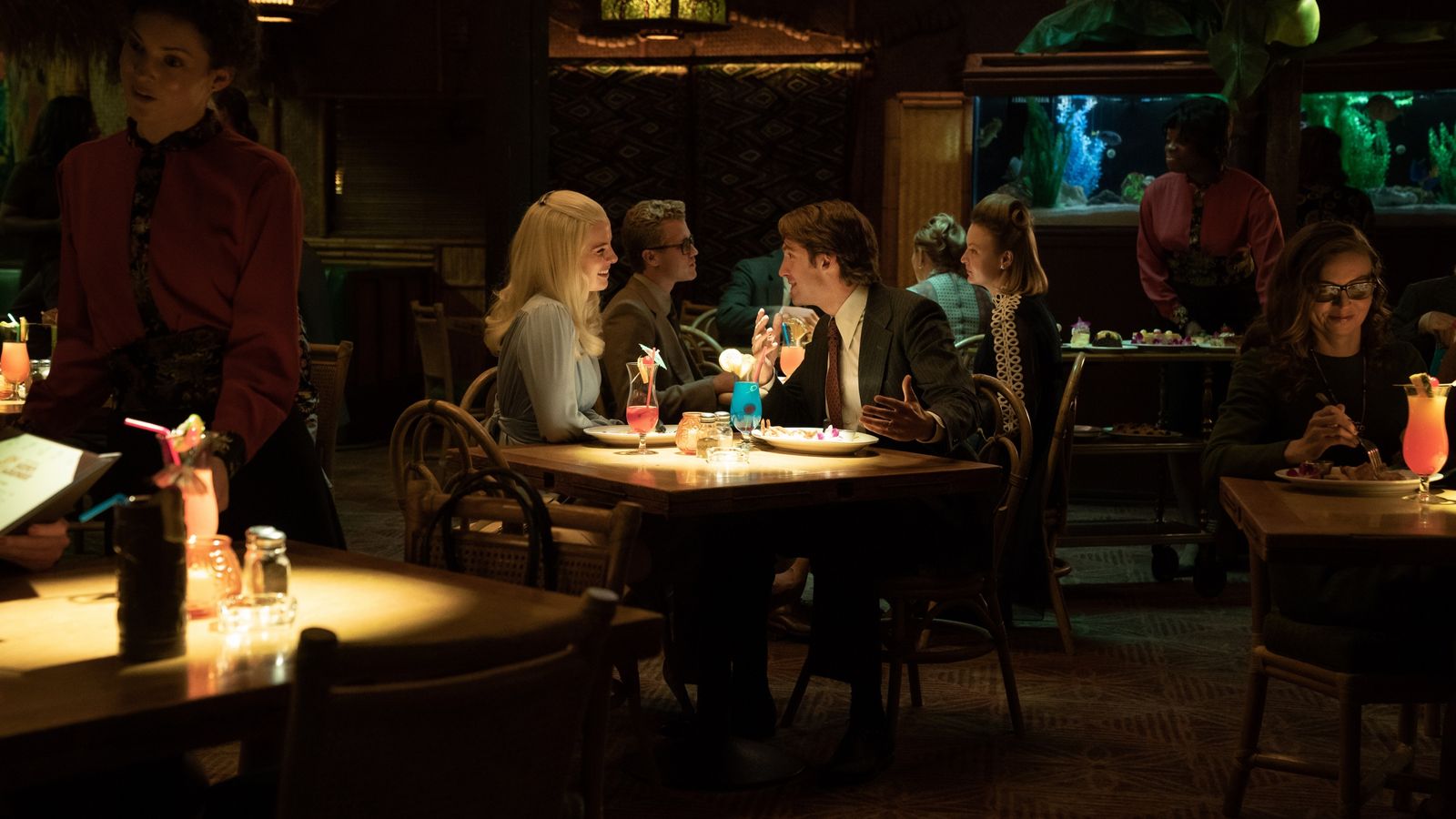 Dan Stevens has had an eclectic career after rising to fame in Downton Abbey – taking a titular role in Disney’s live action remake of Beauty And The Beast, and playing a singer in Eurovision Song Contest: The Story Of Fire Saga.

And now it seems he can add political satirist to his CV after he found himself going viral following an appearance on The One Show.

When asked about his new show, he said: “Well, what you’ve got is a criminal for a leader who is wrapped in a messy war, embroiled in a stupid scandal and surrounded by ambitious idiots and really should resign and… no I’m sorry… that’s the intro to Boris Johnson.” Image: The show follows lesser-known characters as it tells the story of the scandal

It’s unusual for stars to give an opinion on politics – much less on live TV – leaving the presenters unsure how to react.

The actor, whose new show is about Watergate, told Sky News’ Backstage podcast he’s just had enough with political scandal. 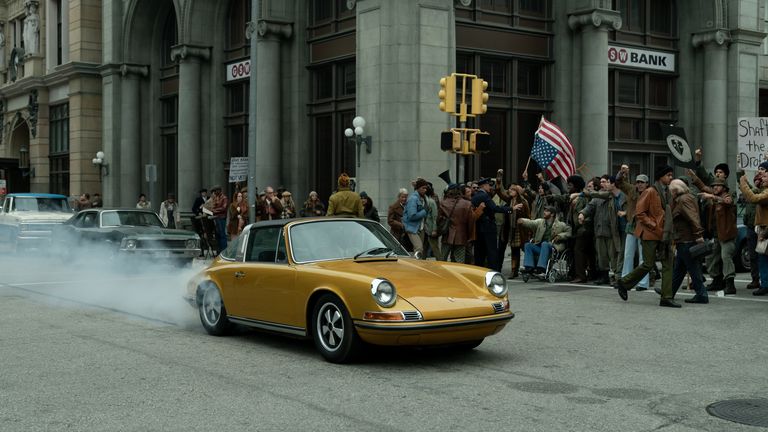 Image: Gaslit also stars Julia Roberts and Sean Penn and is based on the first series of the Slow Burn podcast

“It’s a little while since I’ve been back and obviously I’ve been observing some of the things that have been happening here and the parlous state of our government,” he said.

“And I mean, [last] week in particular, just very, very shocked and saddened by the headlines and the absurdity of it, and [with] Watergate on my mind for most of last year and now with the show coming out I was very struck by the parallels.”

A clip of Stevens on the programme was widely shared, and he was soon trending on social media.

While he says he couldn’t have predicted the response, he’s not surprised by it: “I don’t think you can ever anticipate that that kind of reaction, but I think it speaks to the truth of the moment that it’s resonated with so many people and that it’s very much what’s on a lot of people’s minds.” 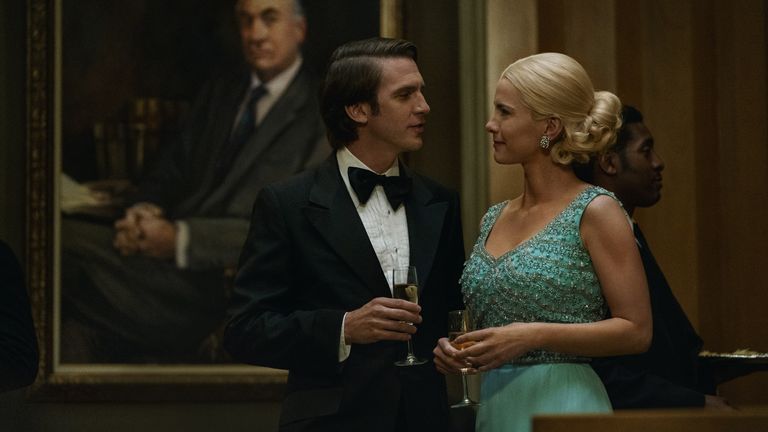 Image: Gaslit is out on streaming service Starzplay on April 24

In Gaslit he plays John Dean – a lawyer who is thrust in to the spotlight after being dragged in to the cover-up.

He says doing the show gave him a new perspective on politicians.

“It’s definitely a fascinating exploration in the spectrum of personality types that are attracted to power and that will compromise and do anything to stay close to power,” Stevens said.

“And you know, really the sort of the idiocy and absurdity that ensues when people have that as their primary concern and how much of government policy, whether it’s in America or England or wherever, it’s not about doing good in the world or effecting change, but actually just covering your arse over something that somebody did.

“It’s an extraordinary amount of time wasted and it’s with massive real world consequences, and it definitely gets the blood boiling.”

Gaslit, which also stars Julia Roberts and Sean Penn and is based on the first series of the Slow Burn podcast, brings humanity to the famous cover-up according to the show’s makers, focusing on lesser-known characters who were at the centre of the story.

Stevens said: “I think we’re used to hearing it from the Woodward and Bernstein angle, the All The President’s Men angle – of the journalists uncovering it and the, you know, the good hair version!

“Gaslit is very much the bad hair version of Watergate and the sort of warts-and-all telling.

“I guess it’s a retelling of sorts, but it’s definitely shining a light into some more unusual corners of it.”

John Dean gets drawn in because he’s blinded by his own ambition and a touch naive.

The character can be awkward at times and the actor says he drew inspiration from a very popular show that perhaps is also inspired by real events.

“I kept on thinking of Cousin Greg in Succession,” Stevens said.

“I mean, all of those characters in Succession are so, so entertaining, the swirling around the seat of power – I think there’s a common thread there.

“The pathetic cosying up to power that sometimes is there, a character who thought he had more swagger than he probably actually did.”

Gaslit is out on streaming service Starzplay on 24 April.