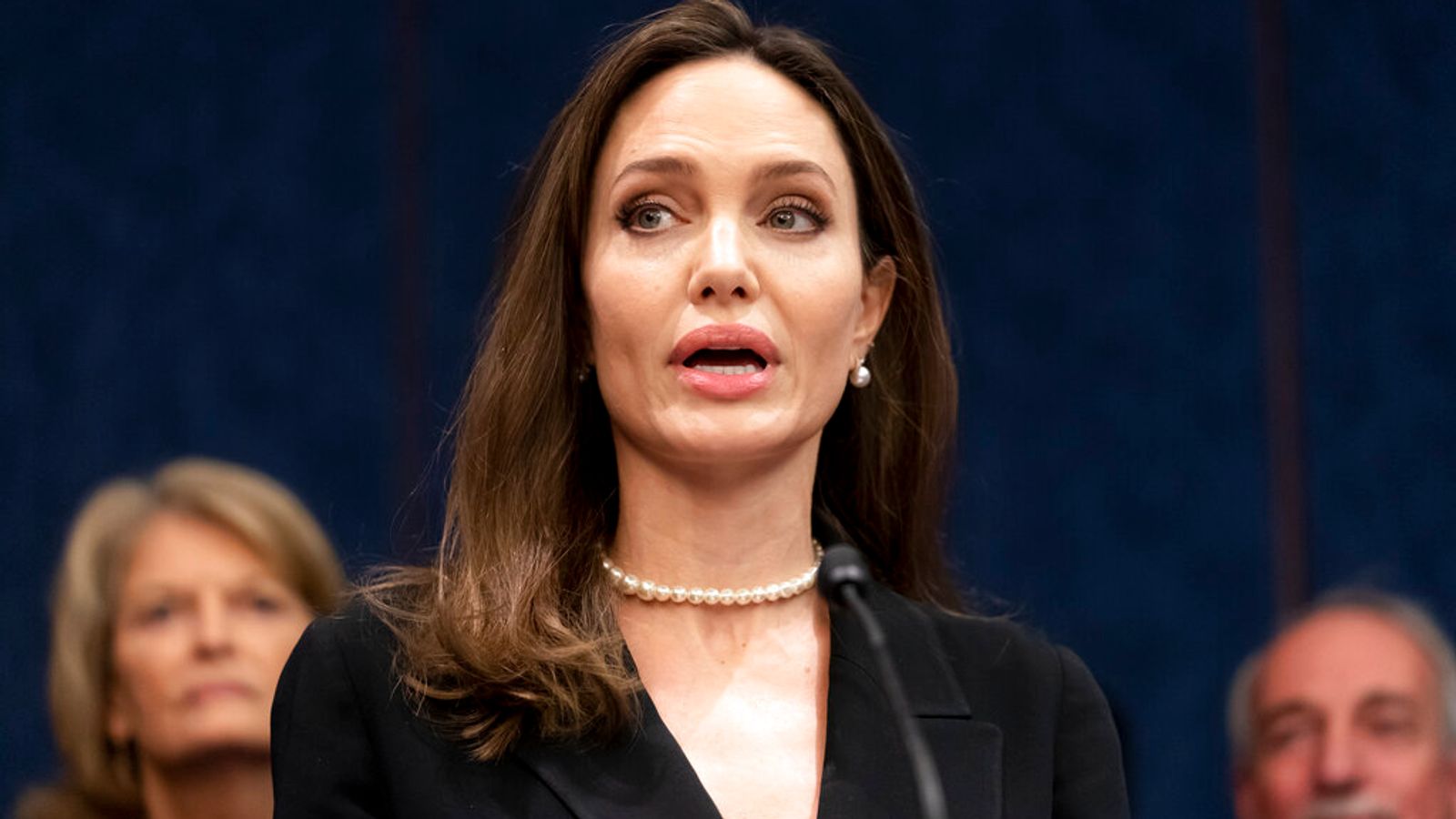 Angelina Jolie has delivered an emotional speech, as US politicians attempt to renew the Violence Against Women Act after it lapsed due to political opposition.

The last time the law was renewed was in 2013, but it has been allowed to lapse after Republicans blocked it from passing over a provision to ban people convicted of misdemeanour stalking from possessing guns.

The political charge is being led by Democratic Senator Dick Durbin, who was joined at a news conference by Jolie, domestic abuse survivors, and a number of cross-party politicians. 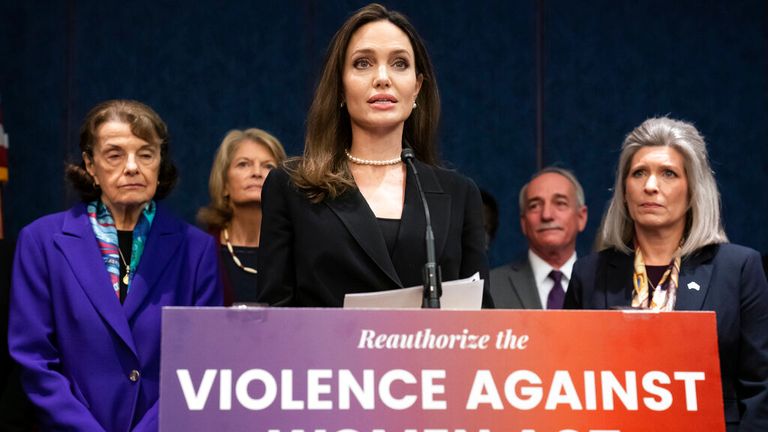 Image: Jolie has called for politicians to renew the law. Pic: AP

“For those who have given up hope on the United States Senate functioning, passing important laws, working together on a bipartisan basis, take a look behind me,” Mr Durbin said.

Hollywood megastar Jolie added that the stakes were high, saying: “This is one of the most important votes you will cast this year in the Senate.”

Republicans blocked the legislation previously after lobbying by the National Rifle Association (NRA).

That section is no longer part of the act.

Jolie gave an emotional speech, saying: “Standing here at the centre of our nation’s power, I can think only of everyone who has been made to feel powerless by their abusers, by a system that failed to protect them.

“The reason that many people struggle to leave abusive situations is that they’ve been made to feel worthless.

“When there is silence from a Congress too busy to renew the Violence Against Women Act for a decade, it reinforces that sense of worthlessness.”

The law was brought in in 1990 by the now-president Joe Biden, and sought to reduce violence against women and improve how it is dealt with.

It has since been renewed several times. 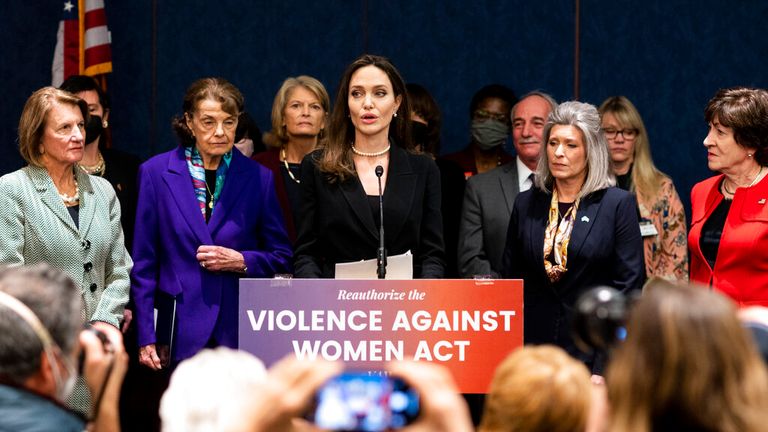 Mr Biden said on Wednesday: “Combatting domestic violence, sexual assault, dating violence, and stalking should not be a Democratic issue or Republican issue,” the president said in a statement on Wednesday.

“It’s a matter of justice and compassion. I am grateful that this critical bipartisan bill is moving forward, and I look forward to Congress delivering it to my desk without delay.”