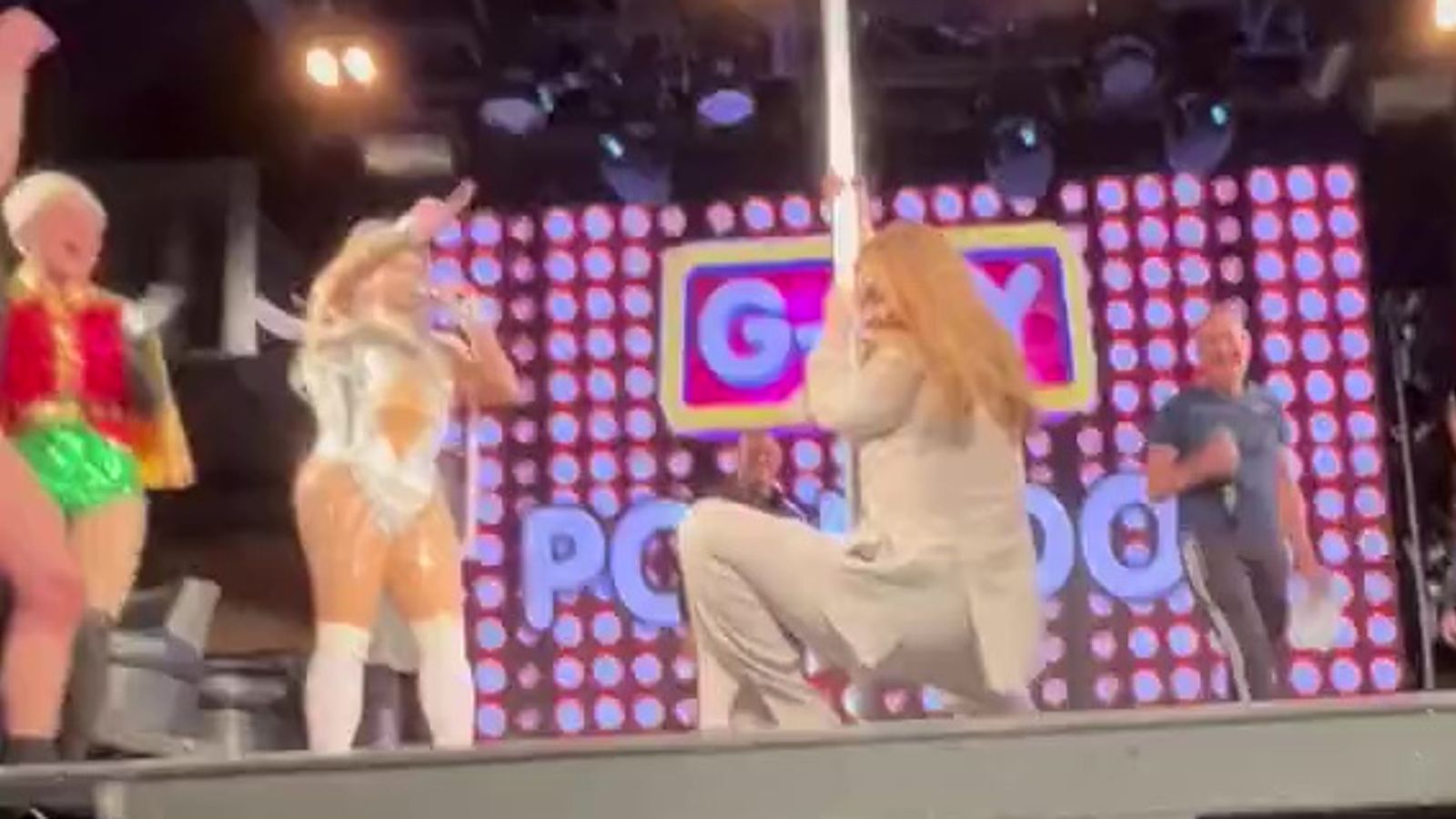 Adele surprised her fans by making an unexpected appearance at a nightclub in central London.

The star was pictured singing and dancing in a VIP balcony area at the G-A-Y event at Heaven, under Charing Cross station.

She also appeared on stage to judge a contest before performing an impromptu pole dance for the audience. 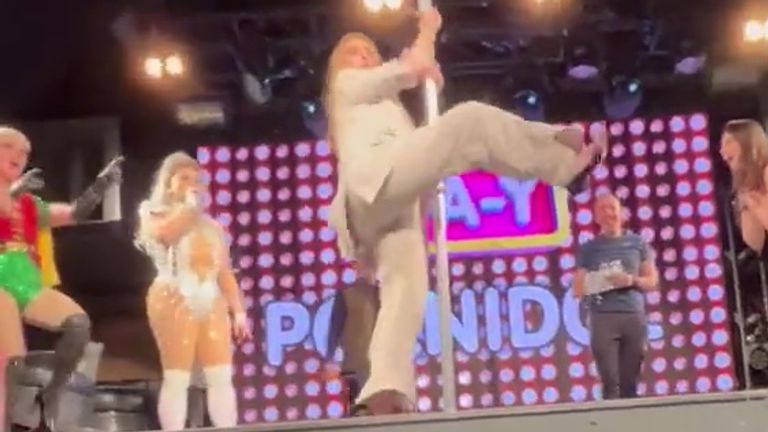 The 33-year-old appeared to have gone straight to the club after recording The Graham Norton Show, on which she will be a guest this week, as she wore the same grey trouser suit.

Footage showed Adele in the VIP area singing along to the song It’s Raining Men and performing various dance moves.

In a post on instagram, Hole, real name Luke Underwood-Bleach, shared a selfie with Adele and described her as a “divalina”.

Adele also posed for pictures backstage with G-A-Y DJ and promoter Jeremy Joseph, along with his dog and other drag queens performing on the night.

It comes after the singer claimed three of the four major prizes at the Brit Awards earlier this week.

She gave a tearful speech paying tribute to her young son and ex-husband, Simon Konecki. 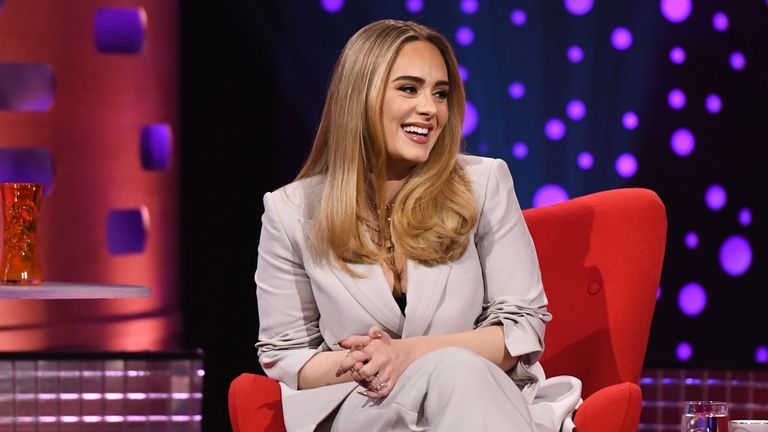 Image: Adele appeared to have gone straight to the club after recording The Graham Norton Show